Automotive: Reasons to Rev the Advertising Engine for Fall

Over the last few months, the automotive industry has faced significant challenges related to the pandemic, from closing dealerships and stores to shortages of new car inventory. Yet, as of mid-August, the top 10 automotive advertisers increased the number of spots they aired across radio, television and cable in 2020.

According to Media Monitors’ latest rankings, the top 10 automotive advertisers aired nearly 170,000 more spots between January 1 and August 15, 2020, compared to the same period in 2019 in the markets covered by Media Monitors. Overall, automotive advertisers aired nearly all of their spots on radio. Radio (1,240,036 spots) was the favored medium, followed by television (22,508 spots) and cable (5,116 spots).

“These investments appear to have had a positive impact,” says Philippe Generali, President and CEO of Media Monitors. “Despite the pandemic – or perhaps because of it – there are silver linings. More consumers are vacationing by car, and dealers are reimagining the customer journey.”

When automotive manufacturers released July sales and second-quarter earnings a few weeks ago, the news was mixed. Some makers, such as Hyundai and Mazda, reported slightly higher July sales. Other manufacturers, like GM and Ford, beat analyst estimates and reported losses that weren’t as deep as expected.

“As fall approaches, both dealers and auto parts stores are finding promising new reasons to reach out to shoppers,” Generali says. “In fact, now is a good time for automotive advertisers to shift into a higher gear.”

Reasons to Advertise to Car Shoppers

Customer demand for cars is up. There’s a “strong underlying consumer demand for new vehicles,” according to JD Power, which viewed July as a slight pause in the overall recovery. In fact, some auto dealerships are reporting higher customer traffic and sales.

Shoppers are embracing innovative ways to buy vehicles. With social distancing in place, consumers are more interested in shopping for and buying cars online. According to the results of a survey conducted by CarGurus Inc. in April, 61% of shoppers say they’re interested in buying online, compared to 32% pre-pandemic. With more consumers shopping online, dealers becoming more innovative by upgrading ecommerce options and adding delivery and curbside pickup of vehicles. In fact, online car buying service, Carvana, took the #9 spot in Media Monitors’ second quarter ranking of cable advertisers.

“Like many other industries, automotive dealerships are reimagining the shopping experience and that’s showing up in their advertising creative,” says Generali.

For example, earlier this summer, AutoTrader launched a national campaign to prove to consumers just how easy it is to purchase a car online.

Most vacationers are taking to the road. Americans are still planning travel during the pandemic, but more are choosing to drive rather than fly. Of the 50% of Americans who plan to travel by car to their vacation destinations, 74% say they’re doing so to avoid flying, according to financial services firm IPX 1031. This trend is an opportunity for dealerships and auto parts stores, as travelers view a car purchase as a good investment before a road trip or as they make repairs to ensure a safe travel experience.

In fact, auto parts suppliers, O’Reilly Auto Parts and NAPA, were the top two advertisers in Media Monitors’ latest ranking, landing at #1 and #2, respectively. Together, these auto advertisers accounted for 960,271 of the 1,267,660 occurrences aired in 2020. 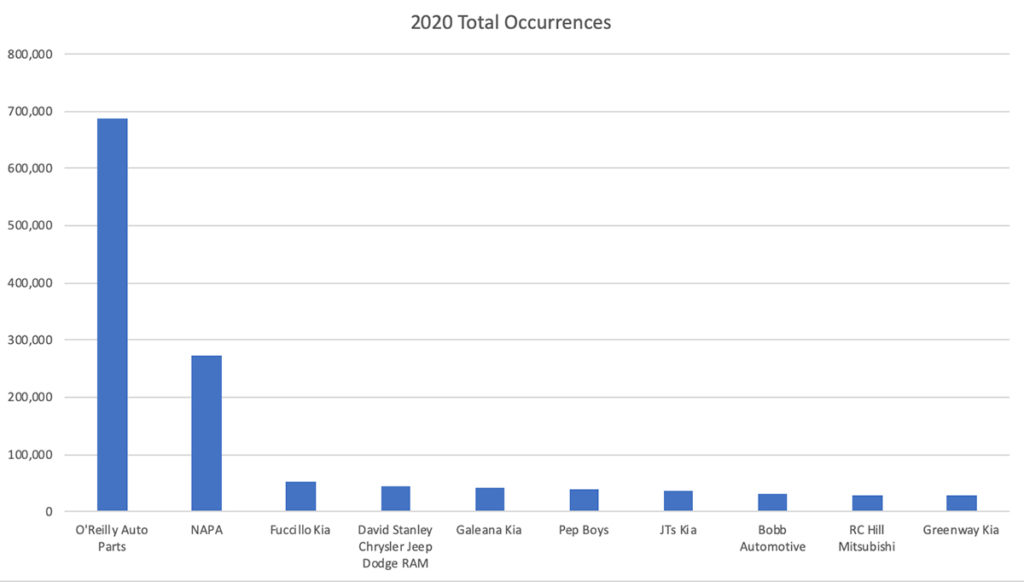 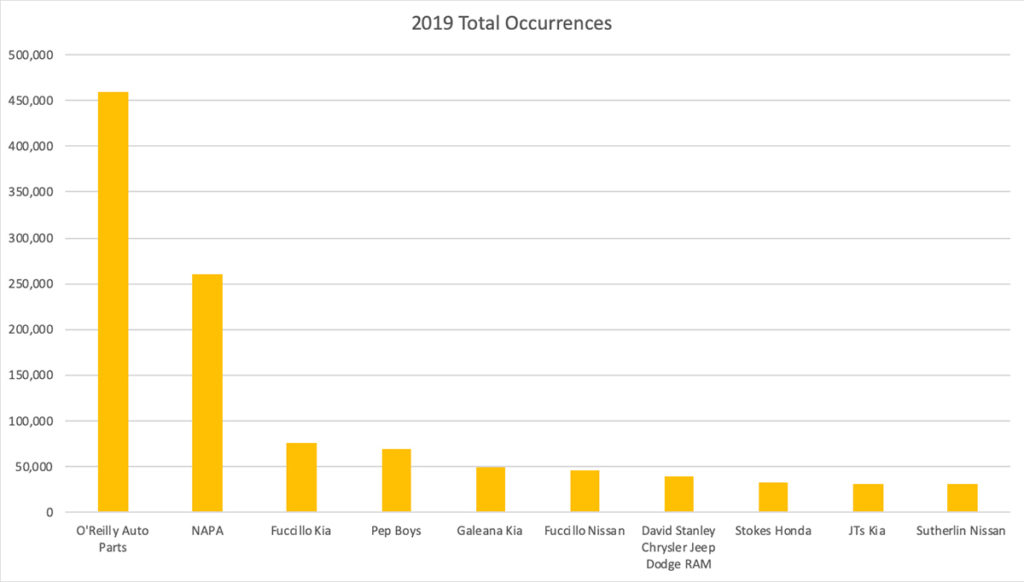 Keep ahead of current advertising trends with Media Monitors. Sign up today to receive news about future rankings.