A Tale of Two Cities

White Plains, NY (January 26, 2016) – Media Monitors, the leader in local media monitoring, released its update on the primary election and caucuses in the states of Iowa and New Hampshire.

This week we focus on the political radio ads that were run in Des Moines, IA and Portsmouth – Dover, New Hampshire from January 1 to January 24, 2016. 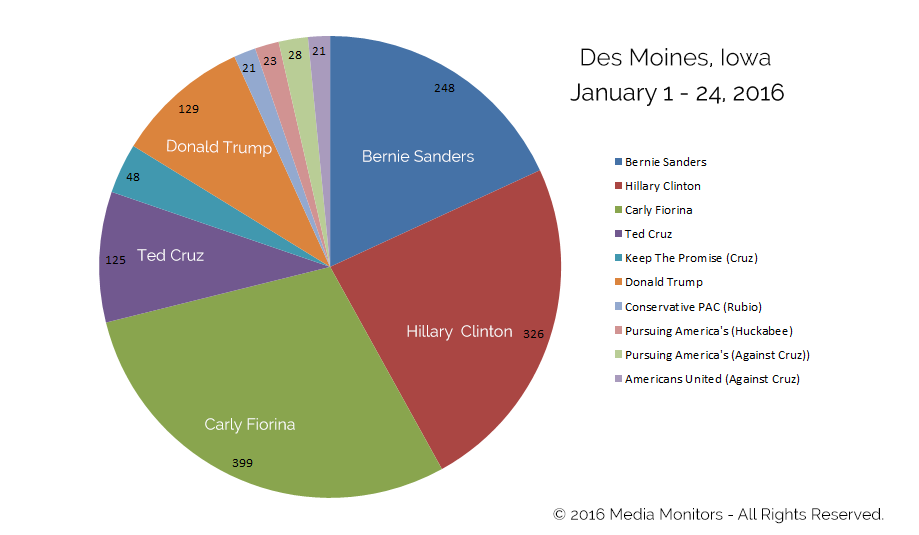 In Des Moines, we see a major change as Carly Fiorina’s Super PAC started to run a substantial campaign (399 spots) on radio in Des Moines, which as of Sunday, was slightly ahead of Hillary Clinton’s 326 spots. Bernie Sanders was right behind Hillary with 248 spots. 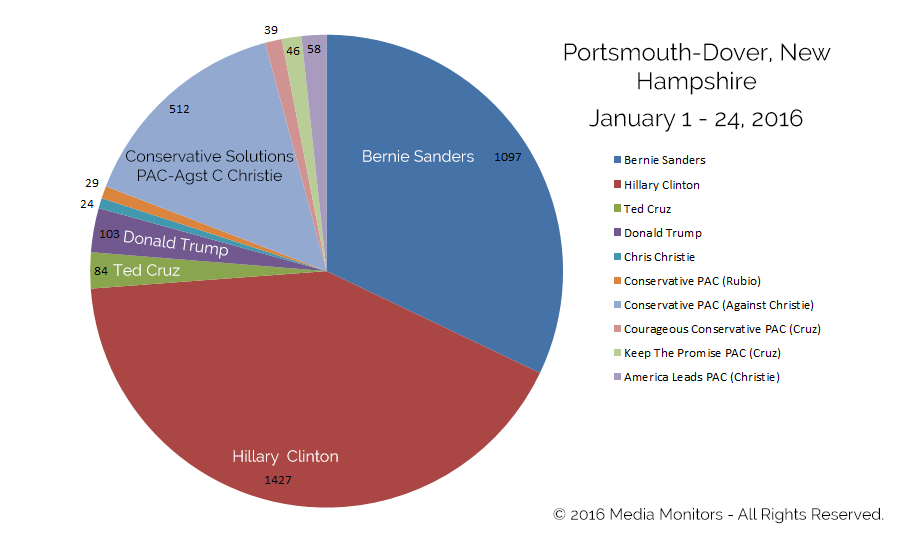 Hillary Clinton ran the most to the tune of 1,427 spots year to date. Bernie Sanders was next with 1,097 spots in Portsmouth – Dover, New Hampshire.