Bernie Pours It On

White Plains, NY (April 18, 2016) – Media Monitors, the leader in local media monitoring, released its update on the primary election and the spots that both parties have been running on radio in 82 major markets across America from April 8 to April 17, 2016. 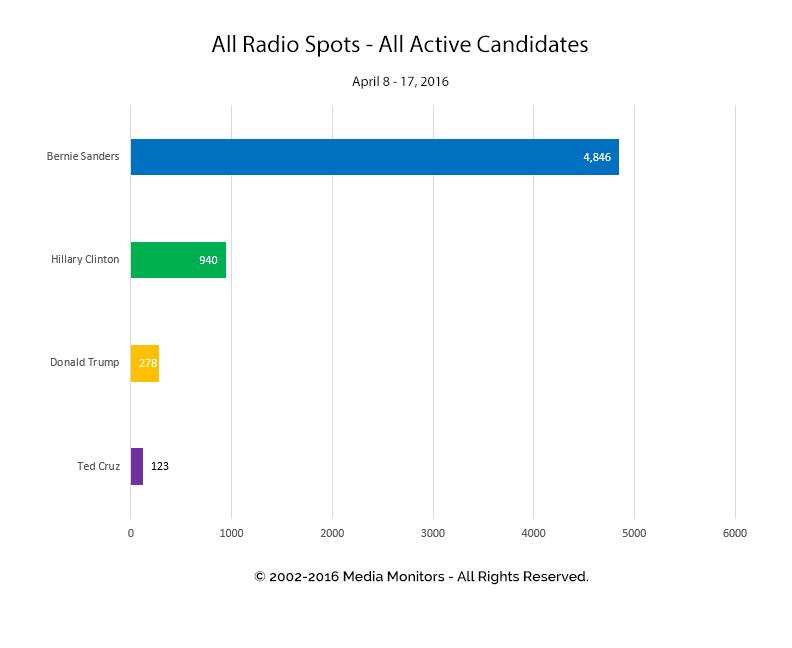 In the last ten days, the Bernie Sanders For President campaign aired 4,791 spots, with 55 spots added by Monroe County For Bernie Sanders (a campaign office out of Rochester, NY), bringing his total to 4,846 spots.