White Plains, NY (October 31, 2016) – Media Monitors, the leader in local media monitoring, released its update on the Presidential election and the spots that both parties have been running on TV in sixty-one top DMAs (Designated Market Area) in the last ten days – October 21 – 30, 2016. 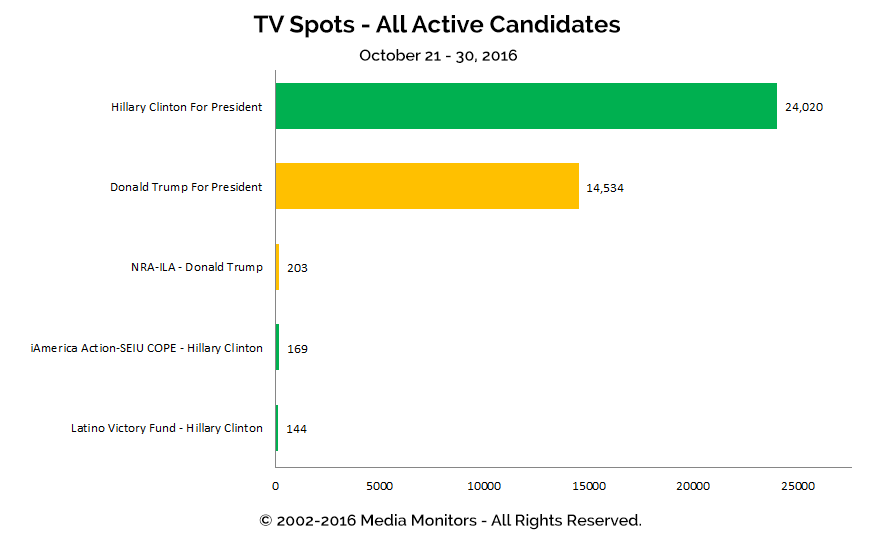 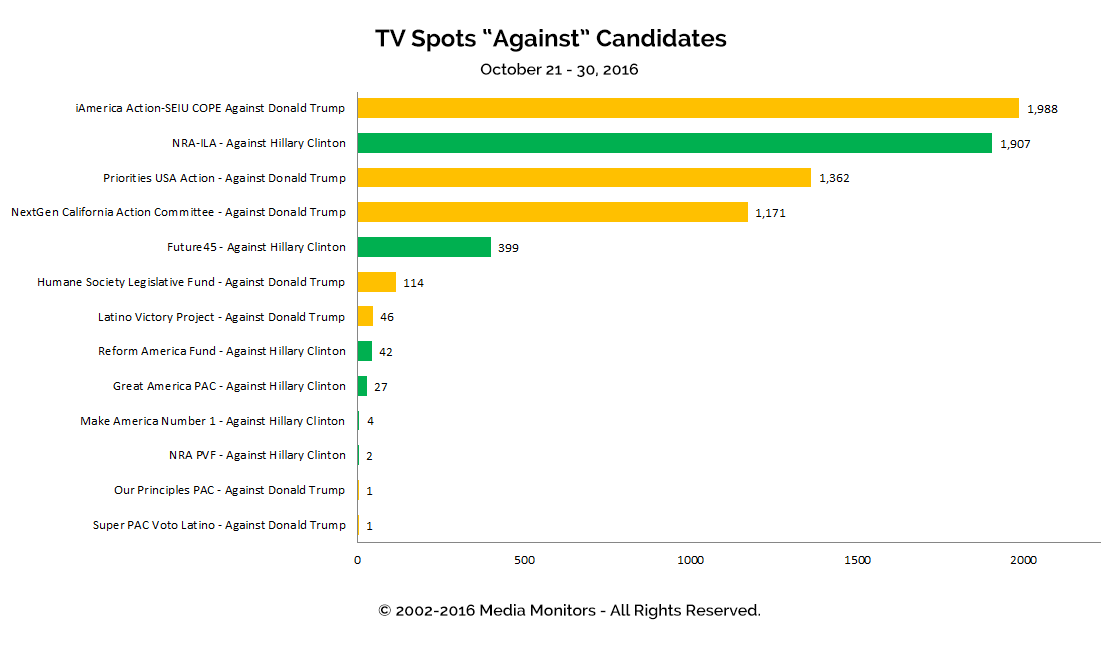 On the negative side of the count, we start with the Super PAC iAmerica Action SEIU COPE (Service Employees International Union) which ran 1,988 spots against Donald Trump.

Next was the National Rifle Association’s Institute For Legislative Action which bought 1,907 spots against Hillary Clinton.

Here are our totals in negative spots: there were 4,683 spots against Donald Trump and those against Hillary Clinton totaled 2,381 ads.