White Plains, NY (August 29, 2016) – Media Monitors, the leader in local media monitoring, released its update on the primary election and the spots that both parties have been running on TV in sixty-one top DMAs (Designated Market Area) in the last ten days – August 19 – 28, 2016. 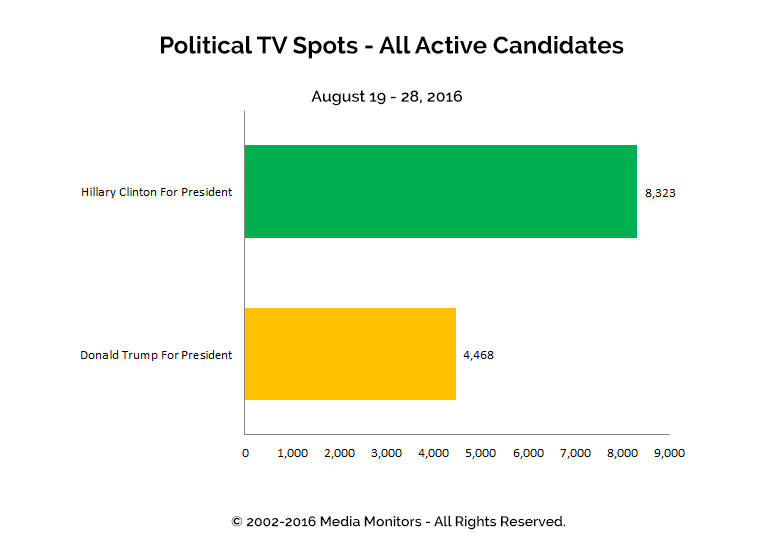 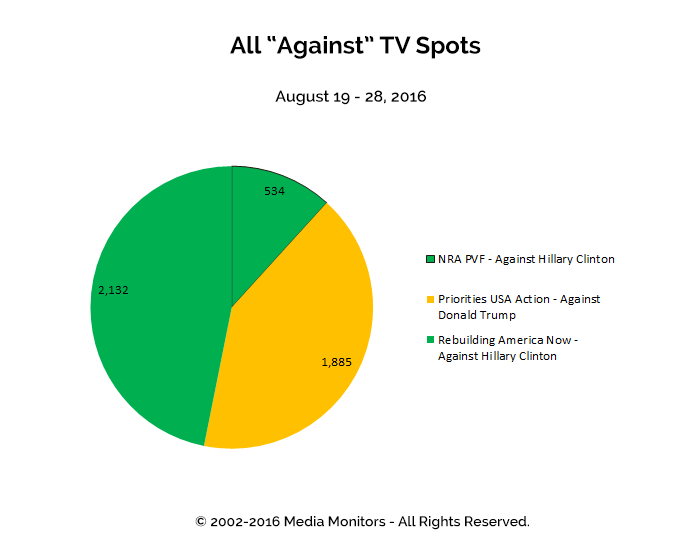 In the negative war between the two major candidates, Hillary Clinton was on the receiving side of 2,666 “against” spots in total in the last ten days.