White Plains, NY (September 26, 2016) – Media Monitors, the leader in local media monitoring, released its update on the primary election and the spots that both parties have been running on radio in 85 major markets across America from September 16 – 25, 2016. 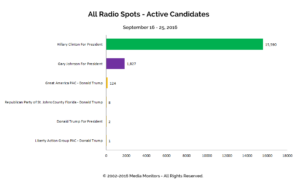 In the ten days leading up to the first presidential debate, Hillary Clinton’s campaign ran the table with 15,590 spots.

Interestingly, the Donald Trump campaign only bought 2 spots. The Liberty Action Group PAC added 1 spot, bringing the total number of spots aired with a positive message about Trump to only 135 ads.

On the negative side of the coin: 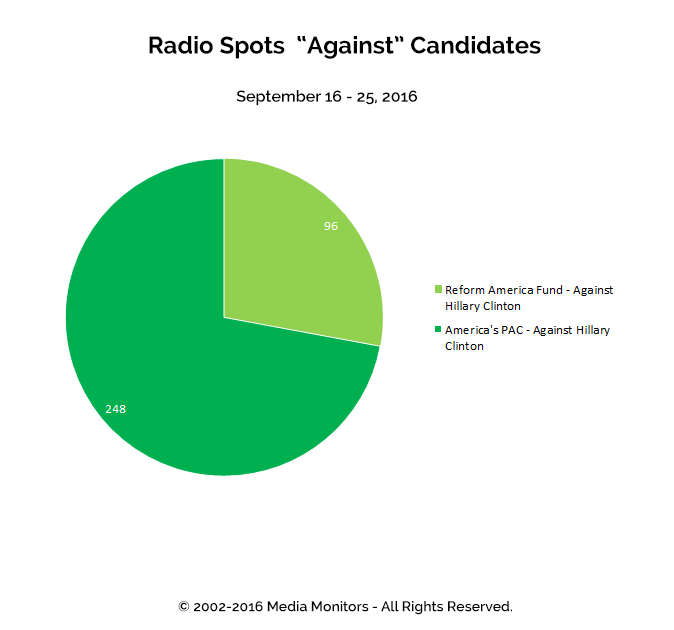 All “against” spots were run attempting to denigrate Hillary Clinton. America’s PAC ran 248 spots, while Reform America Fund bought 96 spots against Hillary Clinton in the ten days before the first debate.