White Plains, NY (September 26, 2016) – Media Monitors, the leader in local media monitoring, released its update on the primary election and the spots that both parties have been running on TV in sixty-one top DMAs (Designated Market Area) in the last ten days – September 16 to 25, 2016. 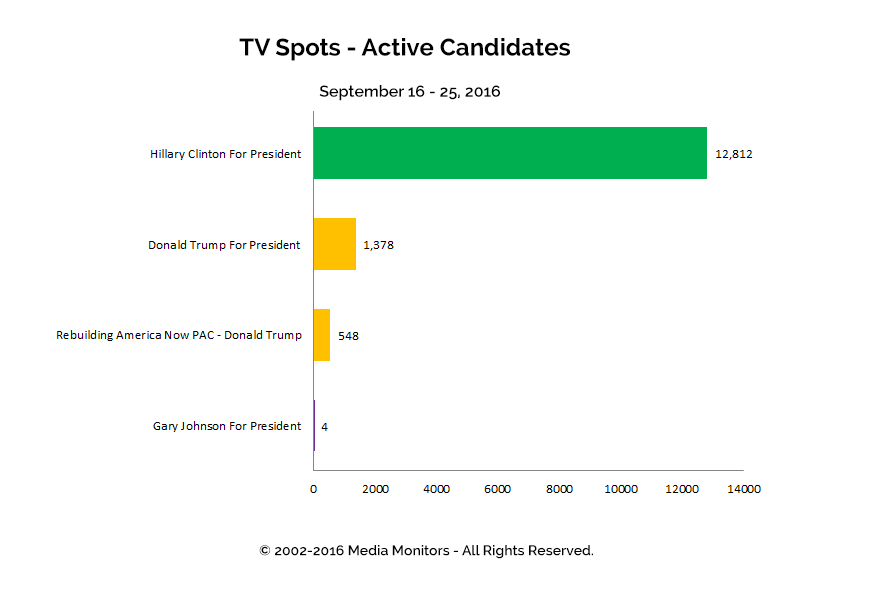 In the ten days leading up to the debate, Hillary Clinton’s campaign aired 12,812 spots putting her way ahead of her main competitor, Donald Trump.

Rebuilding America Now PAC added another 548 spots for Donald Trump, up from 211 spots in the last report.

And finally, Gary Johnson’s campaign bought only 4 spots, down from 340 spots in our last report. 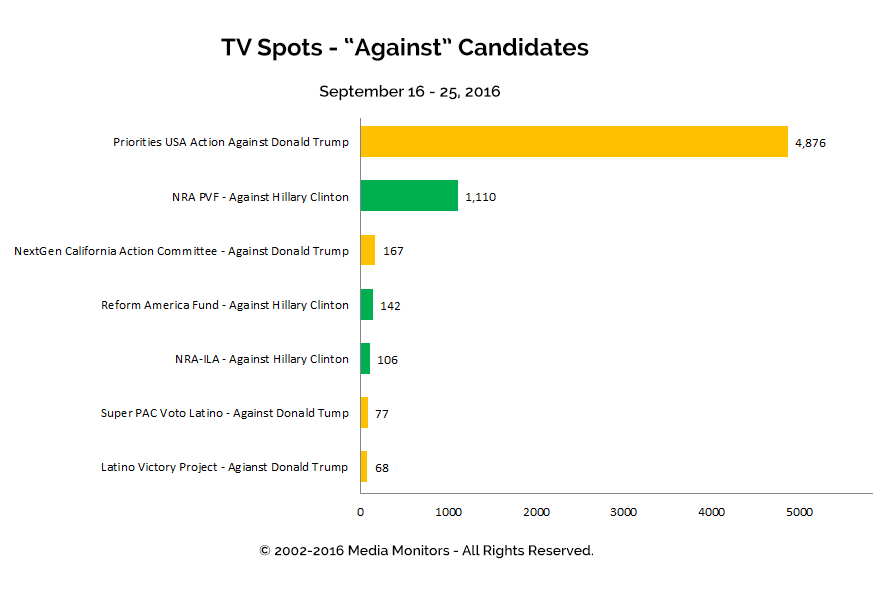 On the “Against” spots in the last ten days, the Priorities USA Action packed the biggest punch with 4,876 spots against Donald Trump.

The National Rifle Association used both barrels against Hillary Clinton with 1,110 spots bought from their Political Victory Fund and another 106 spots aired by their Institute For Legislative Action.