Clinton Pours It On

White Plains, NY (July 11, 2016) – Media Monitors, the leader in local media monitoring, released its update on the primary election and the spots that both parties have been running on TV in sixty-one top DMAs (Designated Market Area) in the last ten days – July 1 – 10, 2016. 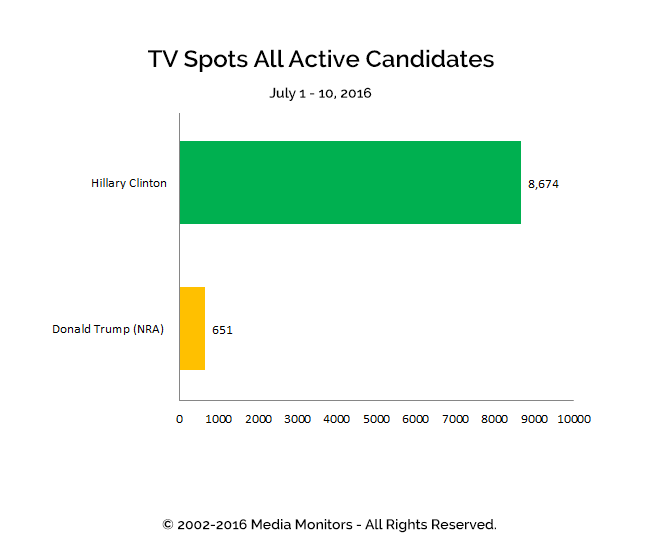 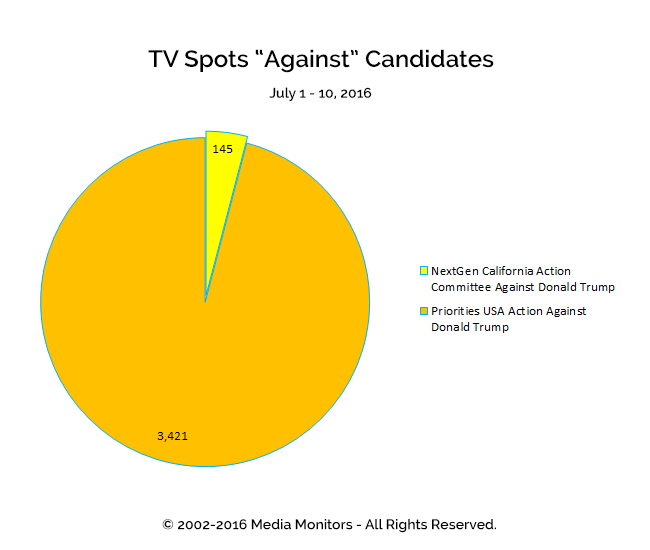 In the last ten days, there were 3,421 spots run with a negative message about Donald Trump purchased by Priorities USA Action, a pro-Clinton Super PAC.