White Plains, NY (July 5, 2016) – Media Monitors, the leader in local media monitoring, released its update on the primary election and the spots that both parties have been running on TV in sixty-one top DMAs (Designated Market Area) in the last ten days – June 24 to July 3, 2016. 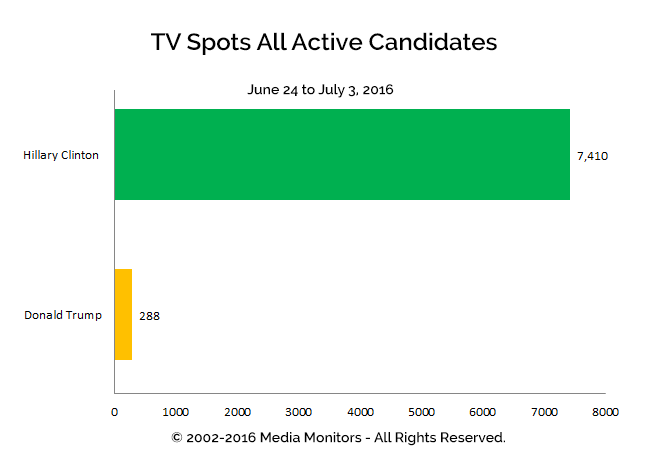 In the last ten days, Hillary Clinton’s campaign ran 7,410 spots in her quest to become the Democratic nominee and president of the United States.

Donald Trump’s campaign got some support in the same period from an ally in the form of the National Rifle Association – Political Victory Fund which bought 288 spots for Trump. The NRA Political Victory Fund (NRA-PVF) is NRA’s political action committee which contributes to candidates they believe will uphold their stringent view of the 2nd Amendment. 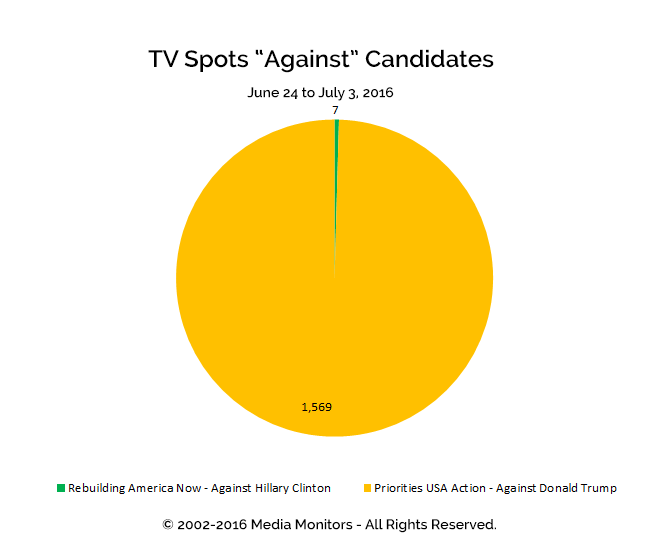