White Plains, NY (November 7, 2016) – Media Monitors, the leader in local media monitoring, released its update on the Presidential election and the spots that both parties have been running on TV in sixty-one top DMAs (Designated Market Area) in the last ten days – October 28 to November 6, 2016. 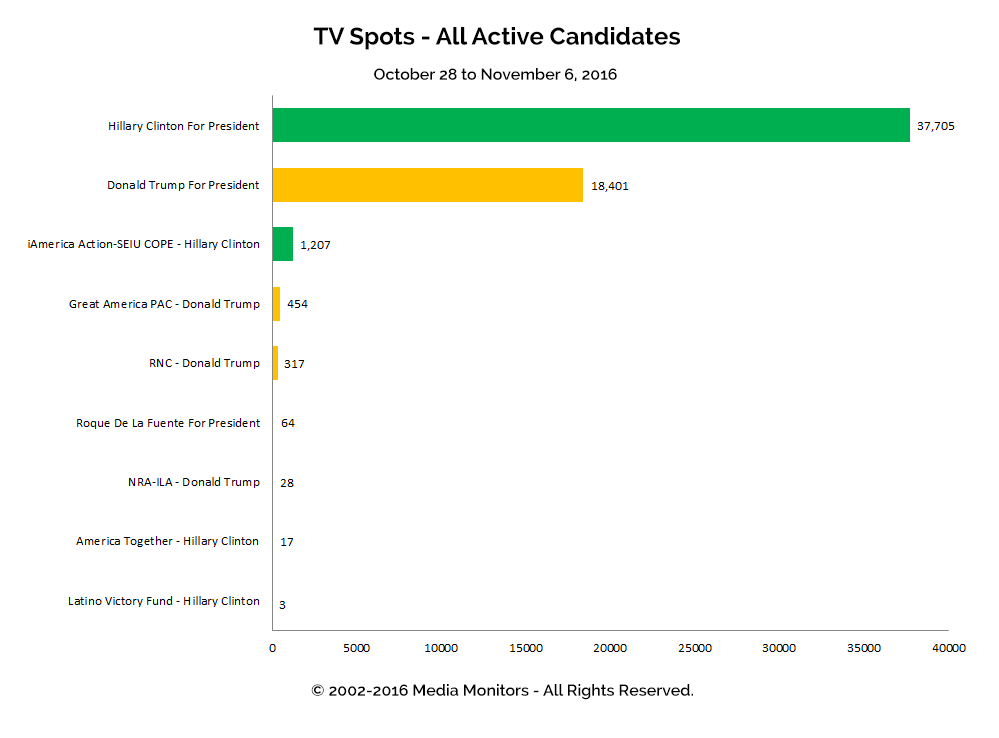 The Great America PAC bought 454 spots for Trump, along with the Republican National Committee, which ran their first spots for their candidate Donald Trump. They ran only 317 spots in the last ten days.

And a new entry into the Political spot arena is, the nominee of the Reform Party and a self-created American Delta Party for President of the United States, Rocky De La Fuente. He bought 64 spots in the last ten days.

A Super PAC called America Together added 17 spots for Hillary Clinton and the Latino Victory Fund bought 3 spots for the Democratic nominee. 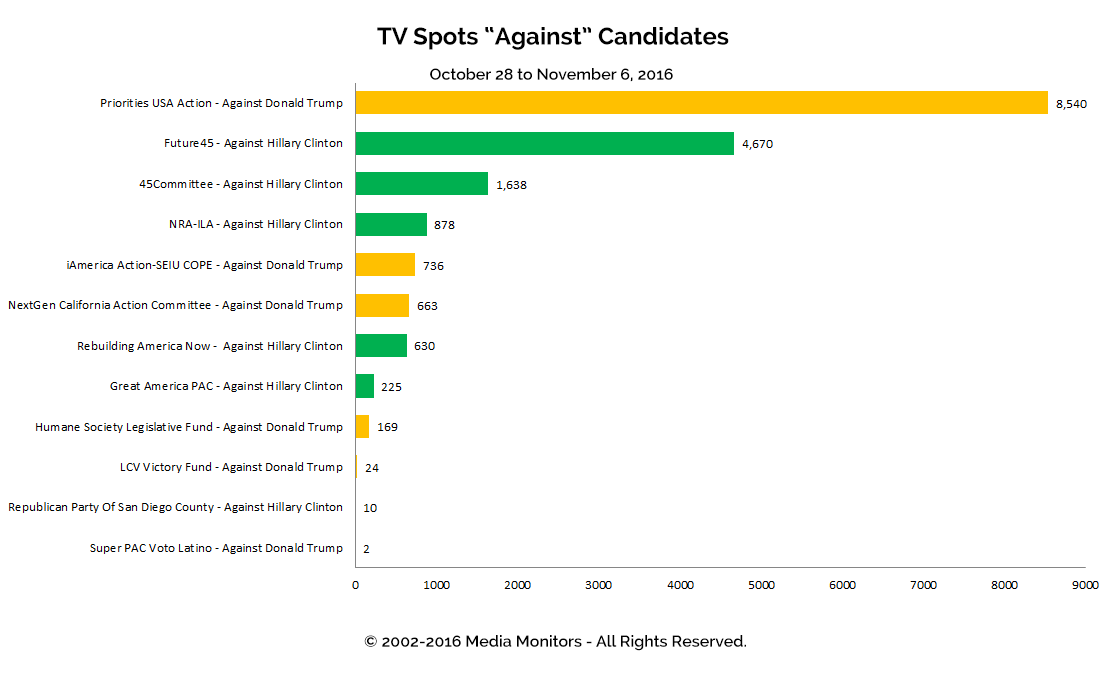 Our final report would not be complete without the long list of those who ran spots against candidates.

Future45, with a TV spot with a Hillary impersonator destroying phones and devices and a cartoon depicting scandals aired 4,670 spots against Hillary Clinton.

The 45Committee added 1,638 spots against Hillary Clinton, while the National Rifle Association’s Institute For Legislative Action bought 878 spots with negatives about Clinton.

The Totals of Against Spots: there were 10,134 spots aired against Donald Trump. There were 8,051 spots run against Hillary Clinton.

This was the most negative political election cycle in the history of America.