Full Steam Ahead for Hillary

White Plains, NY (October 10, 2016) – Media Monitors, the leader in local media monitoring, released its update on the Presidential election and the spots that both parties have been running on radio in 85 major markets across America from September 30 to October 9, 2016. 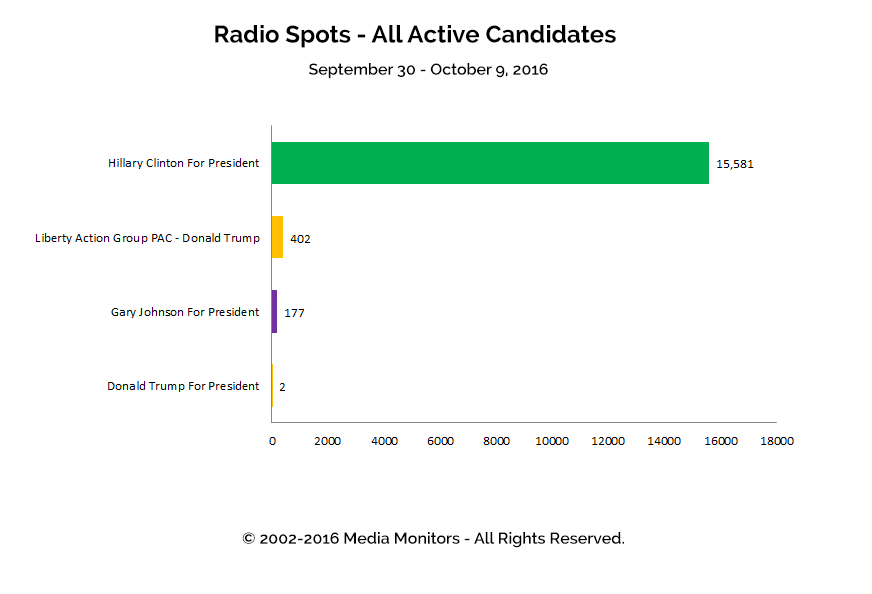 Gary Johnson For President bought 177 spots, up from his 39 spots in the last report.

The campaign for Donald Trump only ran 2 spots in the last ten days. 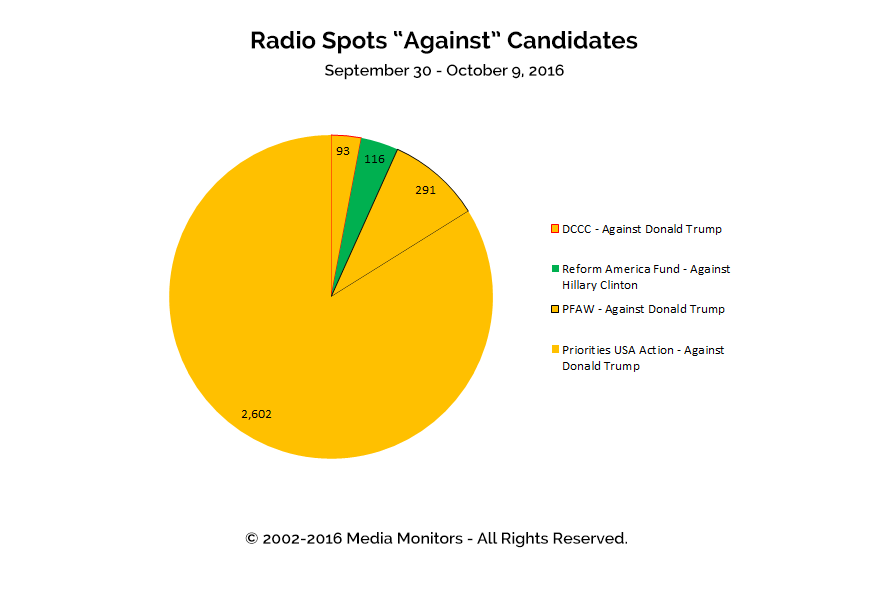 On the negative side, there were 2,602 spots run against Donald Trump by the Super PAC Priorities USA Action. This was up from 729 spots in our last report.

Next was the People For the American Way Super PAC that aired 291 spots, which was up from 205 spots in the last report.

The Super PAC Reform America Fund bought 116 spots, slightly down from their 119 last report, which was a negative message against Hillary Clinton.