White Plains, NY (September 13, 2016) – Media Monitors, the leader in local media monitoring, released its update on the primary election and the spots that both parties have been running on radio in 85 major markets across America from September 2 – 11, 2016. 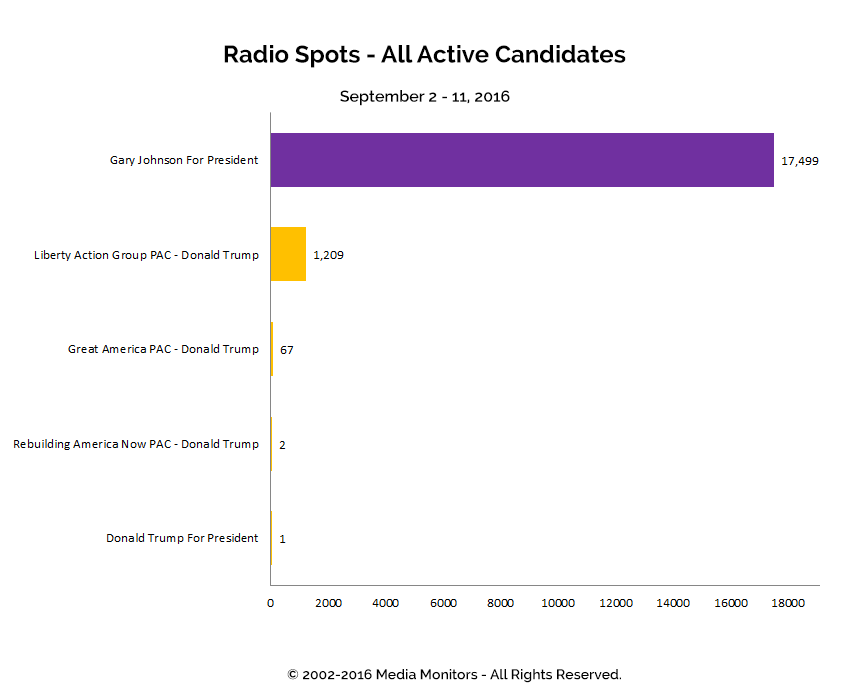 In the last ten days, there has been real movement in political radio ads, but not from the candidate we would have thought. Gary Johnson, the Libertarian candidate, led with 17,499 spots bought by his campaign.

The next 1,279 spots were bought by several Trump supporters. The Liberty Action Group PAC ran 1,209 spots, followed by the Great America PAC with 67 ads for Donald Trump. Rebuilding America Now PAC bought only 2 spots in the last ten days and surprisingly, the Trump campaign only aired 1 spot.