White Plains, NY (September 6, 2016) – Media Monitors, the leader in local media monitoring, released its update on the primary election and the spots that both parties have been running on radio in 85 major markets across America from August 26 to September 4, 2016. 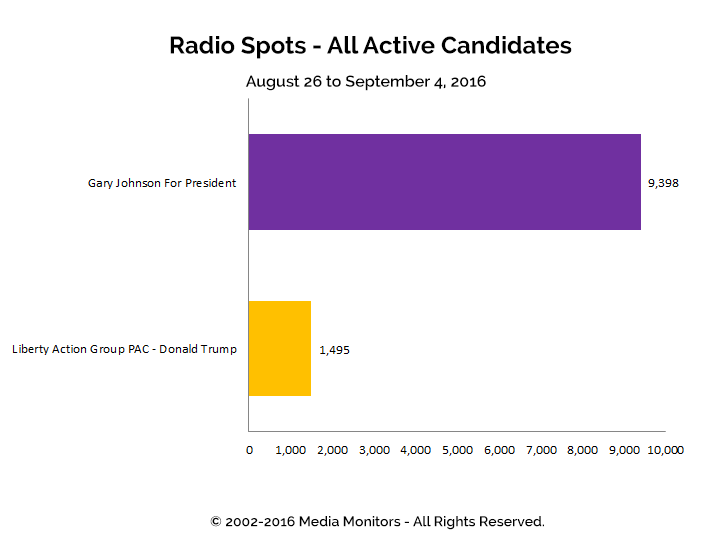 In the last ten days, Gary Johnson For President aired 9,398 radio spots, which was more than six times the nearest candidate.

That next candidate is actually a Super PAC Liberty Action Group, which ran 1,495 spots for Donald Trump. 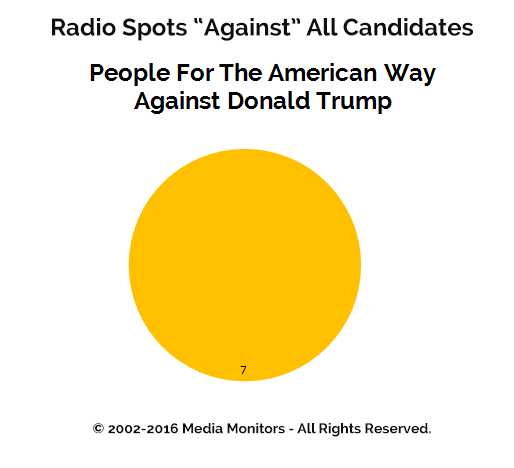 The “Against” spots that appeared on radio between August 26 and September 4, 2016 were purchased by a small organization People For The American Way, which spends most of its time and money on lobbying for the reform of Super PACs and campaign finance laws. They ran only 7 spots.