White Plains, NY (May 9, 2016) – Media Monitors, the leader in local media monitoring, released its update on the primary election and the spots that both parties have been running on radio in 82 major markets across America from April 29 to May 8, 2016. 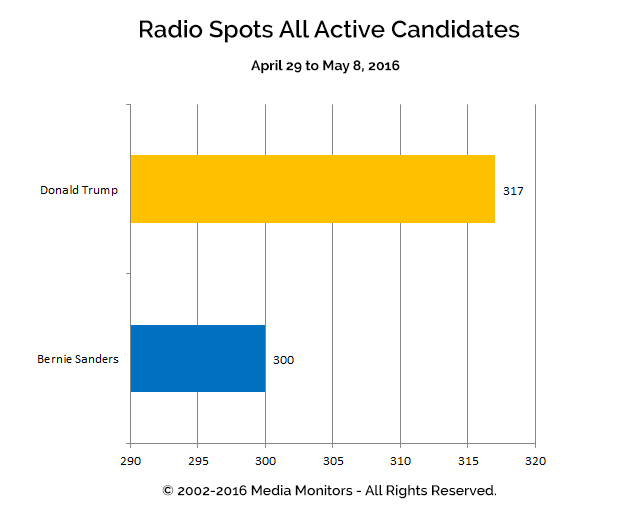 In what may indicate Hillary Clinton’s confidence in winning the Democratic Primary Election, or a focus on the general election ahead, she did not run any spots on radio in the last ten days.

But now that we are down to three candidates, everyone appears to be, as they say, keeping their powder dry for the greater contest down the line.

Donald Trump aired 317 spots putting him in the #1 slot, while Bernie Sanders’ campaign bought only 300 spots. Our on-going trend analysis shows what has happened in April alone: 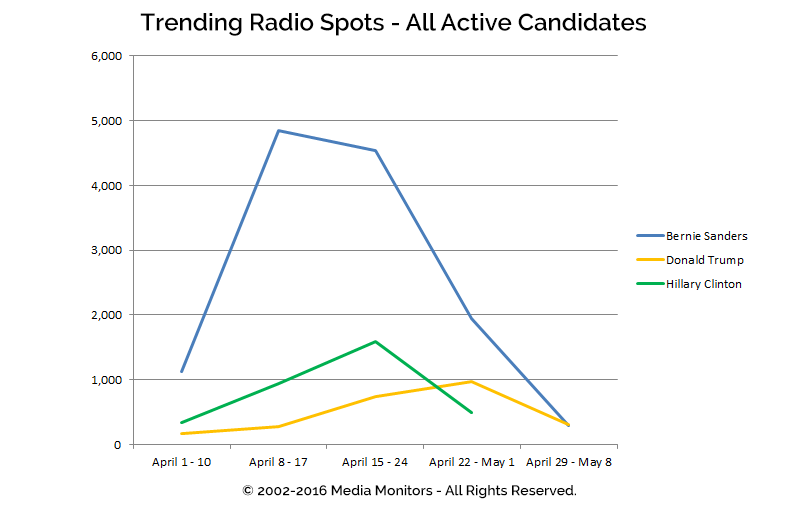 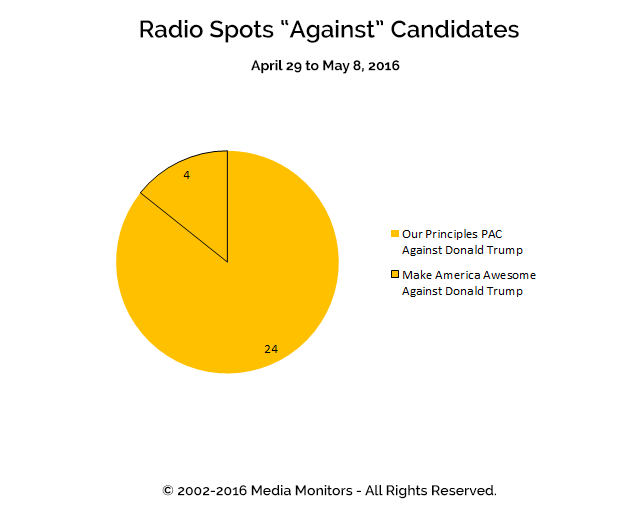 There are two groups running negative spots against Donald Trump. The first Our Principles PAC aired 24 spots against the presumptive Republican nominee, while the Super PAC Make America Awesome bought 4 spots against Trump, which brings the total to 28.