Hillary and Bernie Focus on the West

White Plains, NY (May 31, 2016) – Media Monitors, the leader in local media monitoring, released its update on the primary election and the spots that both parties have been running on TV in sixty top DMAs (Designated Market Area) in the last ten days – May 20 to May 29, 2016. 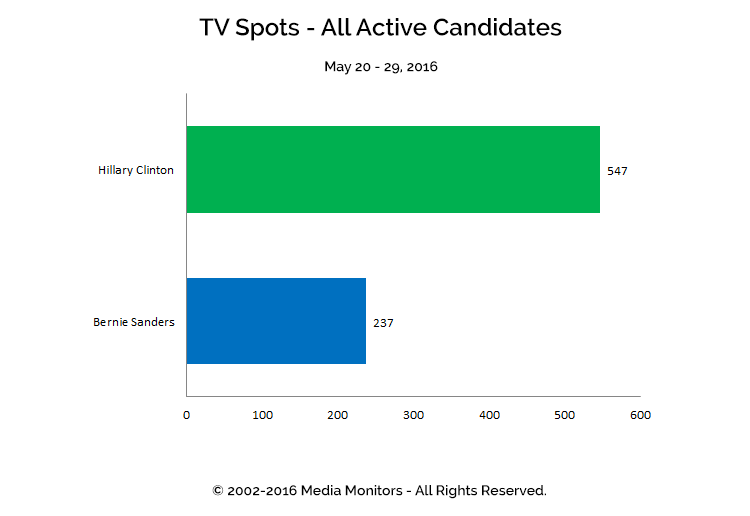 In the last 10 days the TV battle has come down to Hillary and Bernie. 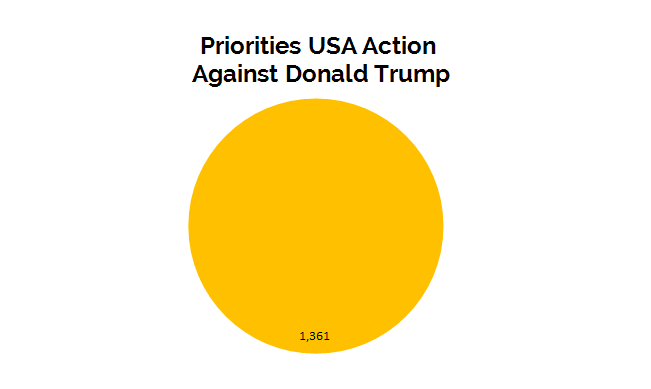 On the negative side of the coin, the Super PAC Priorities USA Action – an unsanctioned Hillary Clinton supporter aired 1,361 spots against Donald Trump. Last report they ran 419 spots against the presumptive Republican nominee.