Hillary Back On Radio, Johnson Leads

White Plains, NY (September 19, 2016) – Media Monitors, the leader in local media monitoring, released its update on the primary election and the spots that both parties have been running on radio in 85 major markets across America from September 9 – 18, 2016. 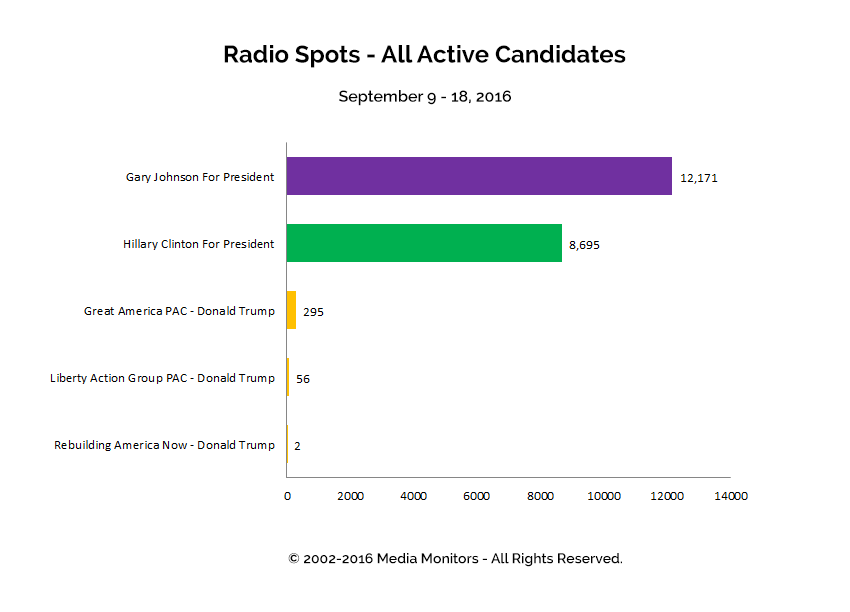 Returning to radio in this report was Hillary Clinton For President that aired 8,695 spots.

Then we have three Super PACs running spots for Donald Trump. The Great America PAC ran 295 spots; while the Liberty Action Group PAC ran 56 and Rebuilding America Now PAC placed only 2 ads. The total on these ads came to 353 spots. Of note, none of the spots for Trump came from his campaign stockpile. 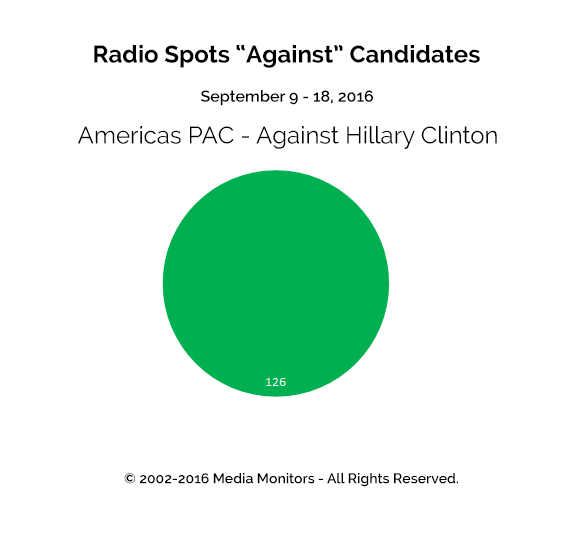 On the negative side of the campaign, all 126 spots, purchased by Americas PAC were against Hillary Clinton.