White Plains, NY (April 11, 2016) – Media Monitors, the leader in local media monitoring, released its update on the primary election and the spots that both parties have been running on TV in sixty top DMAs (Designated Market Area) in the last ten days – April 1 to April 10, 2016. 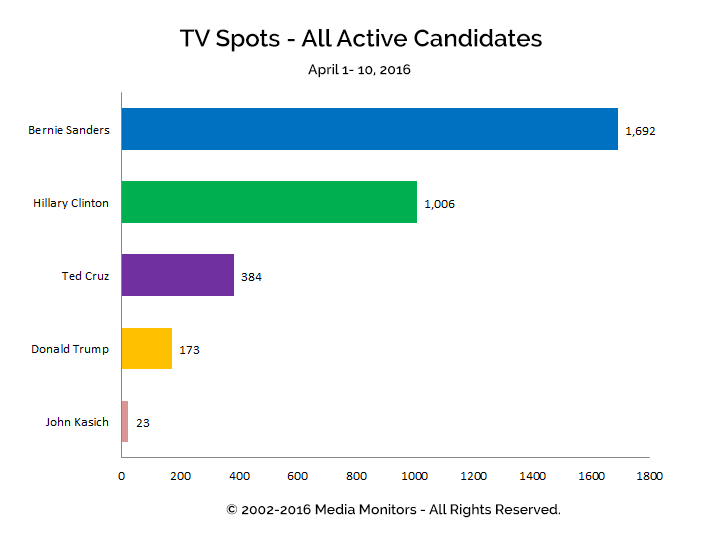 Sanders Keeps the Pedal on the Metal

In the last 10 days, Bernie Sanders campaign aired 1,692 spots on TV in our monitored markets.

Slightly behind Sanders was Hillary Clinton For President which ran 1,006 spots.

Ted Cruz’s campaign bought 222 spots on TV, while the Club For Growth Action PAC added another 162 bringing his total to 384 ads.

There were 61 spots aired against Donald Trump by the Our Principles Super PAC.