White Plains, NY (August 29, 2016) – Media Monitors, the leader in local media monitoring, released its update on the primary election and the spots that both parties have been running on radio in 85 major markets across America from August 19 to 28, 2016. 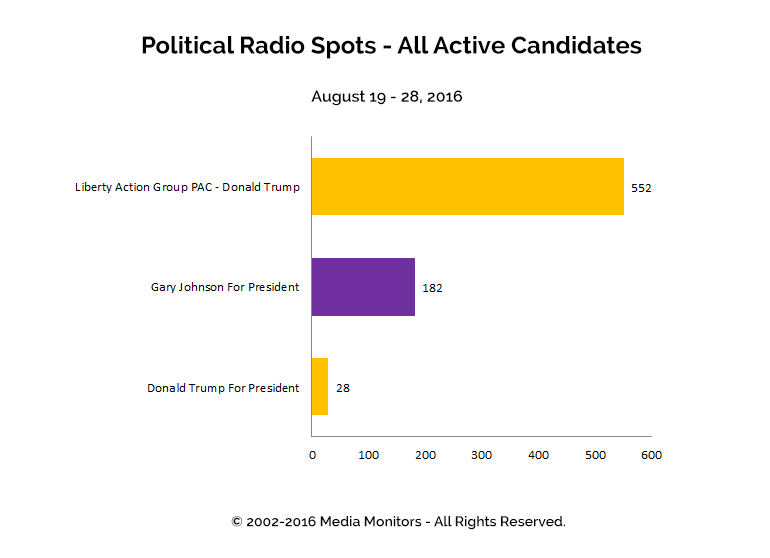 In the last ten days, we see that Donald Trump’s Super PAC Liberty Action Group has aired the most spots on radio. The total was 552 spots.

In the last ten days, Hillary Clinton did not run a single radio spot. 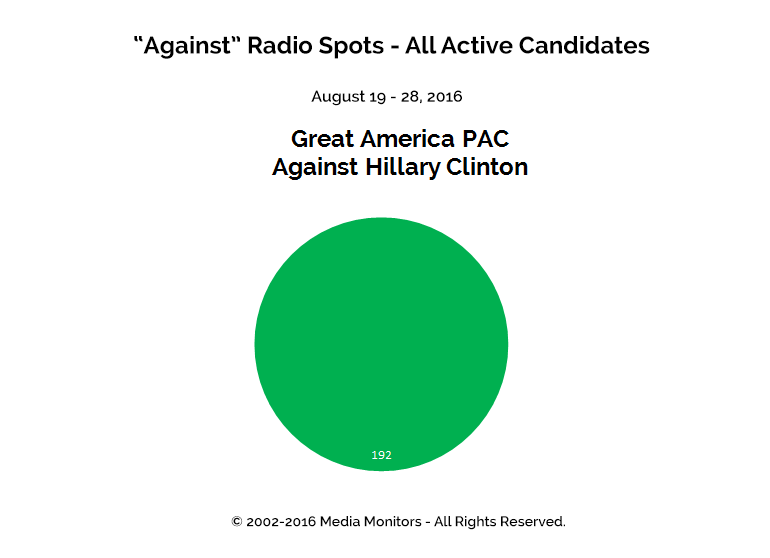 On the negative side of the campaign, the Great America PAC bought 192 spots against Hillary Clinton. This organization is a known Donald Trump supporter.