White Plains, NY (July 25, 2016) – Media Monitors, the leader in local media monitoring, released its update on the primary election and the spots that both parties have been running on TV in sixty-one top DMAs (Designated Market Area) in the last ten days – July 15 – 24, 2016. 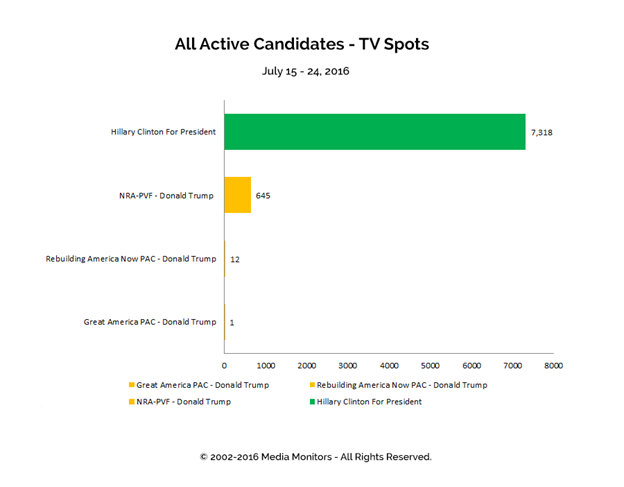 In the last ten days, the Hillary Clinton for President Campaign aired 7,318 spots. 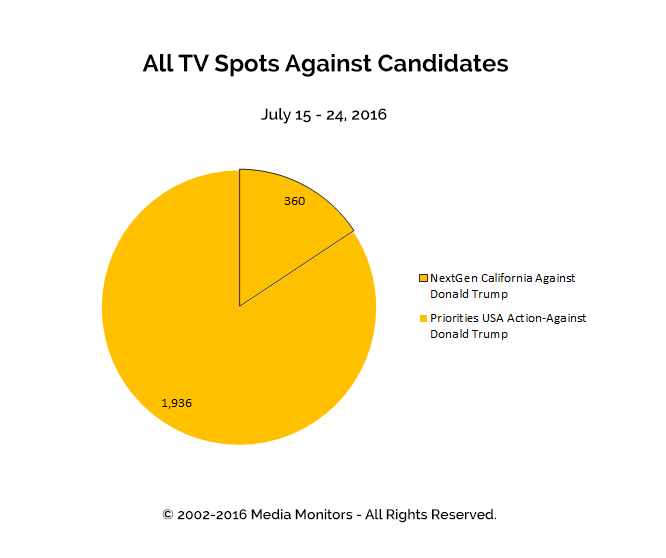 In the last ten days, the NextGen California committee bought 360 spots which urged young Californians to register and vote, with an obvious negative message against Donald Trump.

The bulk of the “against” ads from July 15 to 24 came from the Priorities USA Action PAC, a known Hillary Clinton supporter. They ran 1,936 spots.