White Plains, NY (June 7, 2016) – Media Monitors, the leader in local media monitoring, released its update on the primary election and the spots that both parties have been running on radio in 82 major markets across America from May 27 to June 5, 2016 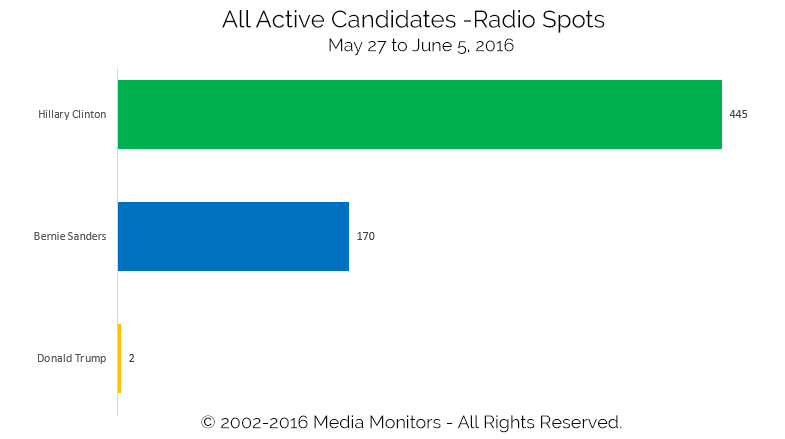 As we hear that Hillary Clinton has passed the number of delegates needed to become the Democratic presidential nomination, we see the primary season come to a close

No Super PAC or campaign ran negative or “against” ads on radio in the last ten days.