White Plains, NY (May 2, 2016) – Media Monitors, the leader in local media monitoring, released its update on the primary election and the spots that both parties have been running on TV in sixty top DMAs (Designated Market Area) in the last ten days – April 22 to May 1, 2016. 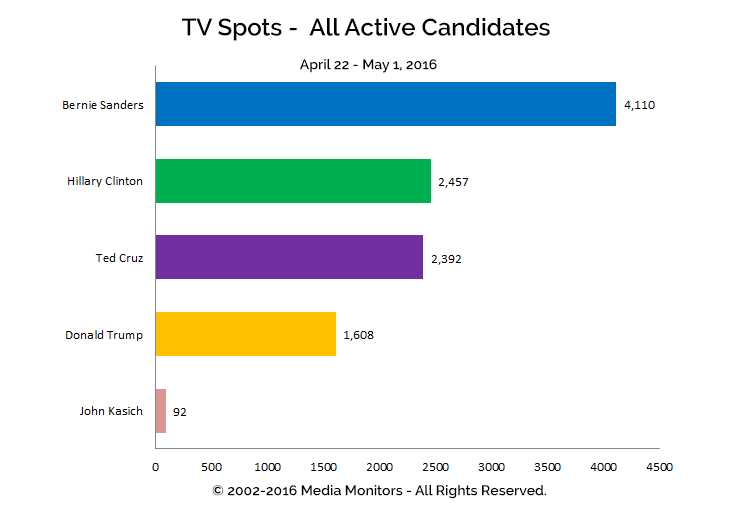 Bernie is on TV

Bernie Sanders’ campaign ran 4,110 spots in the last ten days putting him on the top of the spot buys.

Hillary Clinton was 2nd with 2,457 spots bought by her campaign.

Ted Cruz was 3rd, running closely behind Clinton, with 1,476 spots aired by his campaign, while the Super PAC Trusted Leadership added 413 spots and the Club For Growth Action PAC bought 503 ads bringing the total spots for Ted Cruz to 2,392 spots.

The Super PAC New Day For America aired 58 spots for John Kasich along with New Day Independent Media Committee that added 34 spots bringing the total in the pro-Kasich camp to 92 spots. 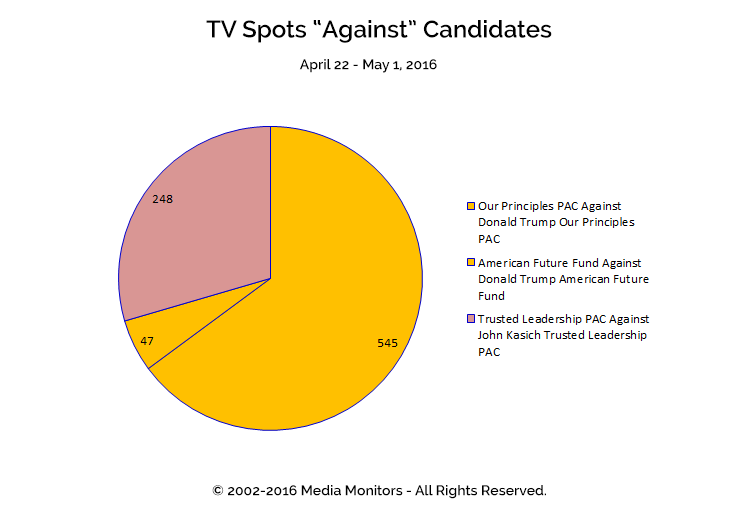 Two PACs put it to Trump in the last ten days: Our Principles aired 545 TV spots against Trump, while American Future Fund bought 47 spots against the Republican front runner. The total was 592 ads.

From the Super PAC that supports Ted Cruz, Trusted Leadership, 248 spots were run against John Kasich.