White Plains, NY (January 30, 2012) – Media Monitors released its study of radio spots that were run in Florida leading up to tomorrow’s Primary Election. Media Monitors captured data in Jacksonville, Miami, Orlando, Tampa and West Palm Beach for Radio, Cable and TV. In addition to those markets, Ft. Myers’ data was also included for the Radio analysis. We pulled spot counts from January 1 to early morning January 30, 2012 for this survey.

As most people know, the field of Republican candidates has been narrowed to Newt Gingrich, Mitt Romney, Rick Santorum and Ron Paul. 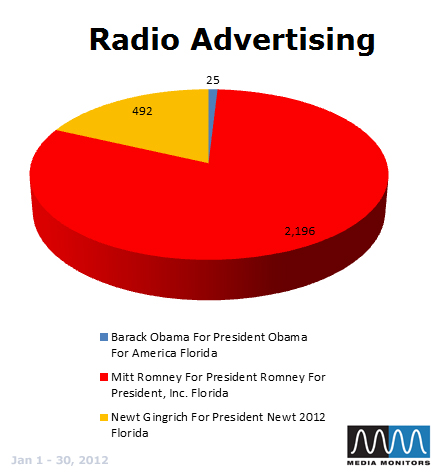 Looking just at RADIO spots that were run by the candidate’s campaigns, you can see that Mitt Romney ran 2,196 spots, while Newt Gingrich ran 492 spots. Rich Santorum and Ron Paul ran no radio spots in the Florida cities we surveyed. Obama For America did run 25 spots in the month of January, 2012. 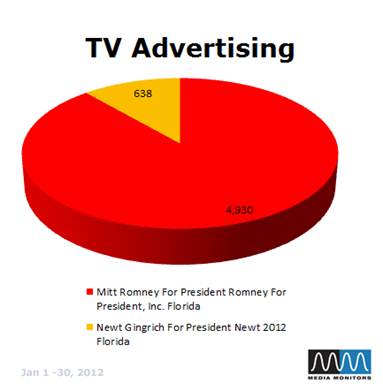 On TV, Mitt Romney’s campaign ran 4,930 spots against Newt Gingrich’s 638 spots. Again, there were no Ron Paul or Rick Santorum spots in this media 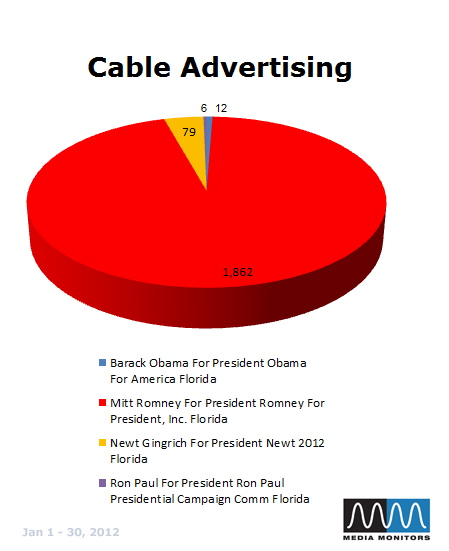 On Local Cable in the markets surveyed, Romney once again ran the lion’s share of Cable spots at 1,862, while Newt Gingrich only cleared 79 spots. Ron Paul did run 6 spots in January, while the Obama campaign ran 12 spots.

Now we get to the Super PACs and their impact on the campaigns. As you may be aware, Super PACs are not connected to the candidates and are free to buy as much time as they want to promote issues and candidates. Here is how they promoted themselves: 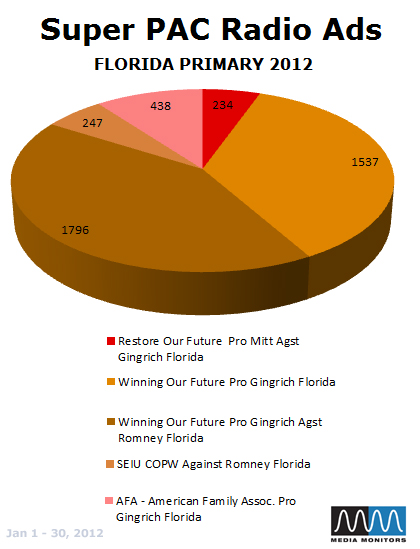 Restore Our Future is a Super PAC that to date has been pro-Romney. They ran 234 radio ads that attempted to denigrate Newt Gingrich. Winning Our Future is a Super PAC that helps promote Newt Gingrich or position anyone running against him negatively. They ran 1,537 Pro-Gingrich ads and 1,796 negative ads putting down Romney. SEIU is the Service Employees International Union and they ran 247 ads against Romney. The American Family Association ran 438 radio ads helping Newt Gingrich. 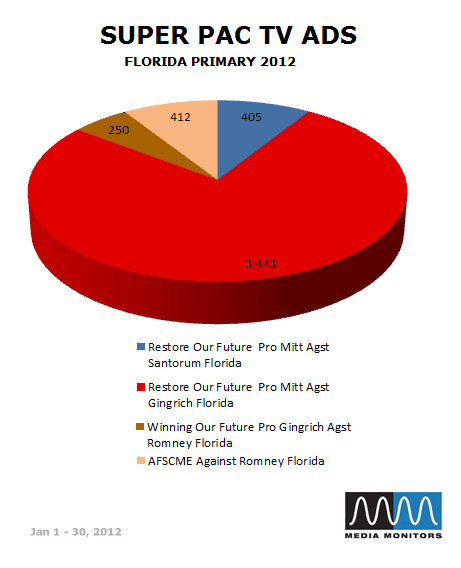 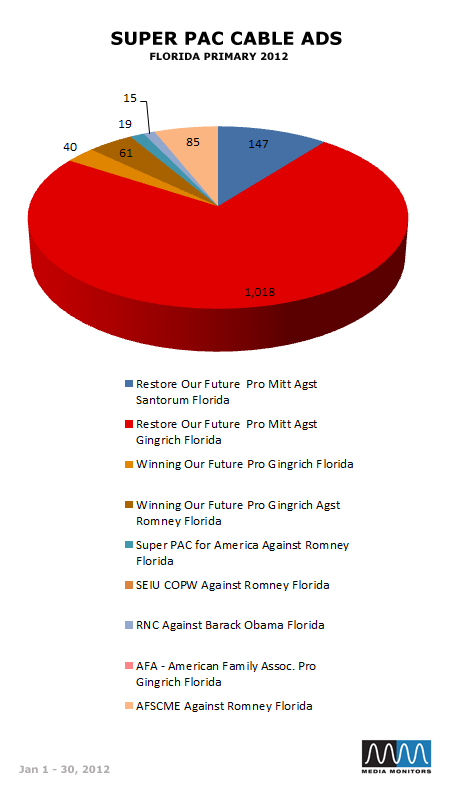 We thought it would be interesting to combine the spot count data and break the media blitz down to show what the total impact of all the spots that ran on the two front-runners. If a Super Pac was anti-Romney, we aligned those counts with Newt Gingrich, and of course, if a spot was negative toward Newt, for this approach, we added those spots to Romney’s totals. We then added in the spots that were run by their campaigns. Here is what we found: 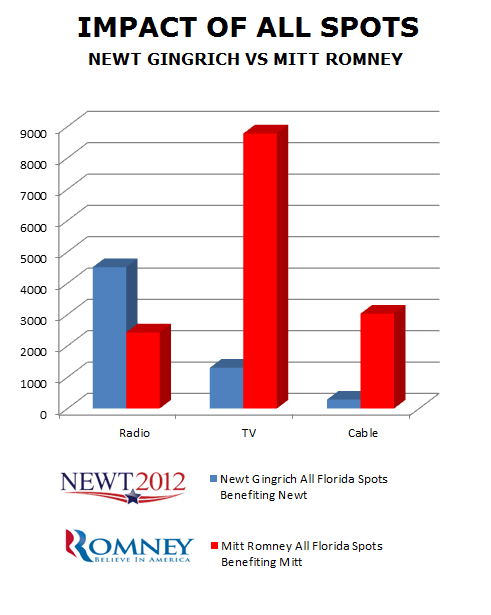