White Plains, NY (June 22, 2010) – Media Monitors, the leader in broadcast and cable monitoring, released once again the figures for advertising that BP has run on Radio, TV and Cable that we monitor since April 20, 2010. This time, we include the dollars spent (AdRev®) on radio for each week during the analysis: 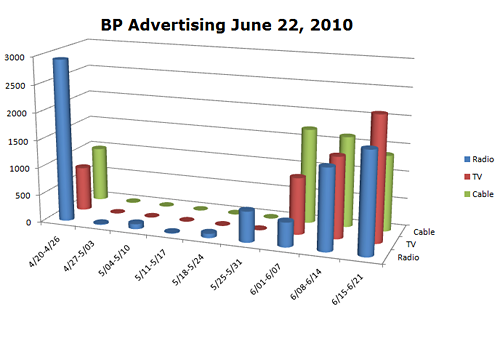