White Plains, NY (July 18, 2016) – Media Monitors, the leader in local media monitoring, released its update on the primary election and the spots that both parties have been running on TV in sixty-one top DMAs (Designated Market Area) in the last ten days – July 8 – 17, 2016. 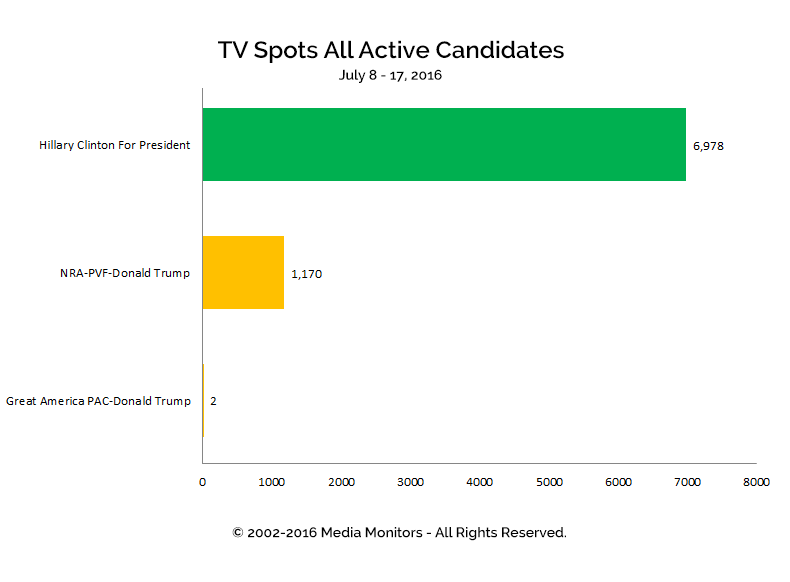 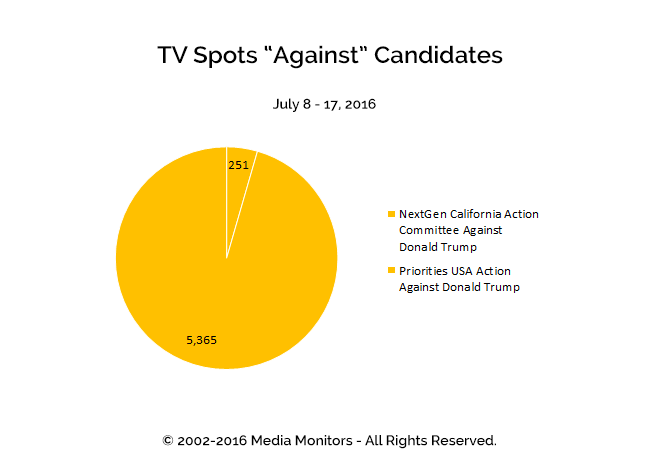 On the negative side of the coin, all negative spots were directed toward Donald Trump and his run for President. 5,365 spots were aired by Priorities USA Action, a Super PAC that supports Hillary Clinton.

Another 251 “against” spots were run by NextGen California Action Committee promoting voter registration of young people in the state of California with a clear negative message against Trump.