White Plains, NY (May 9, 2016) – Media Monitors, the leader in local media monitoring, released its update on the primary election and the spots that both parties have been running on TV in sixty top DMAs (Designated Market Area) in the last ten days – April 29 to May 8, 2016 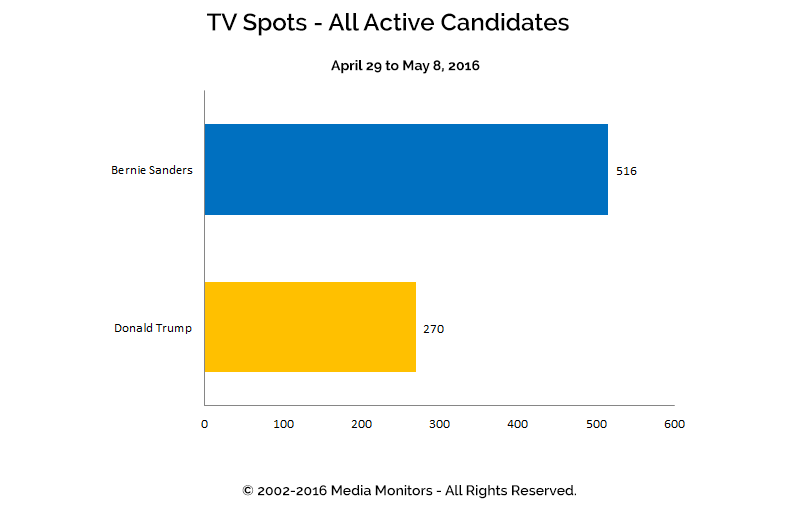 In an apparent strategic move, the Hillary Clinton campaign has pulled all their spots from radio and TV in the last ten days.

Donald Trump’s campaign aired 270 spots, which was down from 1,608 in our last report. 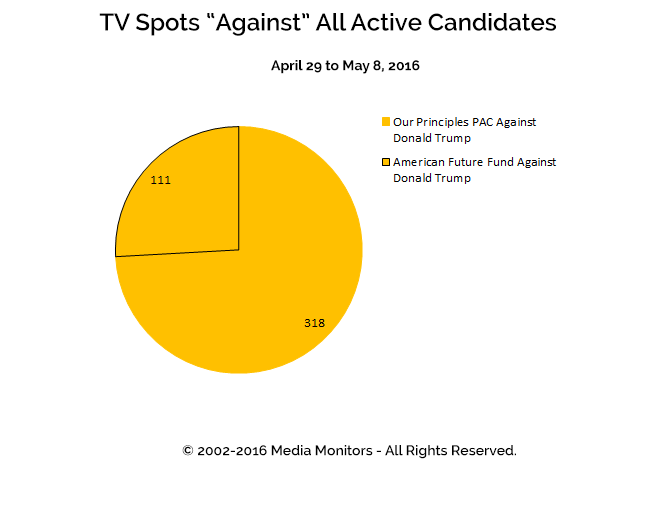 The group Our Principles PAC ran 318 TV spots against Donald Trump, while the Super PAC American Future Fund aired 111 spots against the presumptive Republican nominee, which brings the total to 429 spots.