White Plains, NY (August 8, 2016) – Media Monitors, the leader in local media monitoring, released its update on the primary election and the spots that both parties have been running on radio in 85 major markets across America from July 29 – August 7, 2016.

In the last ten days, all the radio spots run were either for Donald Trump or Against Hillary Clinton. The Clinton campaign and the Super PACs that support her ran no radio ads from July 29 to August 7, 2016. 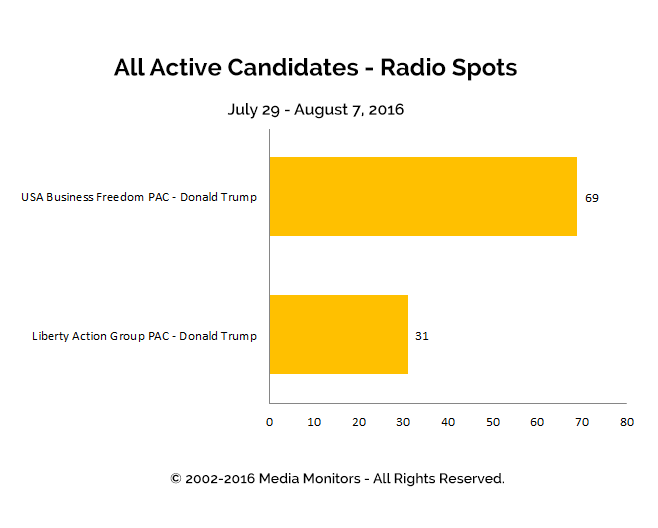 The spots run in favor of Donald Trump were 69 spots by the USA Business Freedom PAC which was a PAC that was created in California last December by a local chamber of commerce and a large medical group.

31 spots were aired by the Liberty Action Group PAC, a group out of Austin, TX. 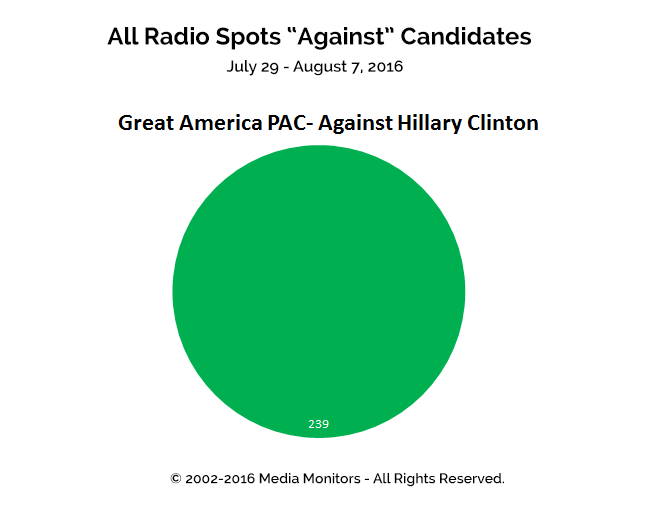 The Great America PAC ran 239 spots on the radio in the last ten days against Hillary Clinton’s campaign for President. This committee is a so-called Carey committee, a hybrid PAC/super PAC, which, according to OpenSecrets.org, can maintain two separate accounts; one for contributions to federal candidates and parties, and the other for independent expenditures, to which unlimited contributions can be made.