White Plains, NY (April 25, 2016) – Media Monitors, the leader in local media monitoring, released its update on the primary election and the spots that both parties have been running on radio in 82 major markets across America from April 15 to April 24, 2016. 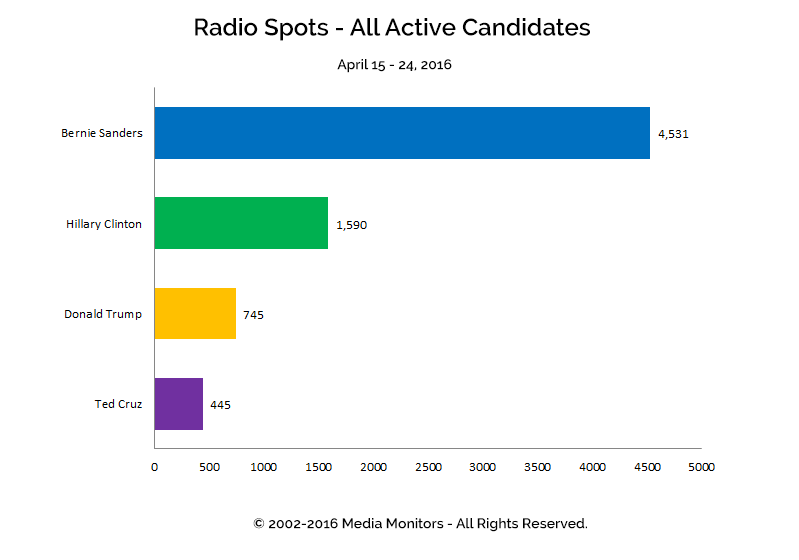 Bernie Sanders was the clear winner again with 4,412 spots from his campaign, 91 spots from Monroe County For Bernie Sanders and 28 spots bought by the National Nurses United Patient Protection. His grand total was 4,531 spots.

Coming in 2nd was Hillary Clinton with her campaign airing 1,510 spots and the American Federation of Teachers Solidarity (AFT) adding 80, bringing her total to 1,590 ads.

Ted Cruz For President, his campaign, placed 249 radio commercials, while the Club For Growth Action added 47, the Keep The Promise I bought 44 spots for Cruz and the Trusted Leadership PAC also ran 105 spots bringing his total to 445 spots.

On the negative side, the Our Principles PAC aired 51 spots against Donald Trump.