White Plains, NY (May 16, 2016) – Media Monitors, the leader in local media monitoring, released its update on the primary election and the spots that both parties have been running on radio in 82 major markets across America from May 6 to May 15, 2016. 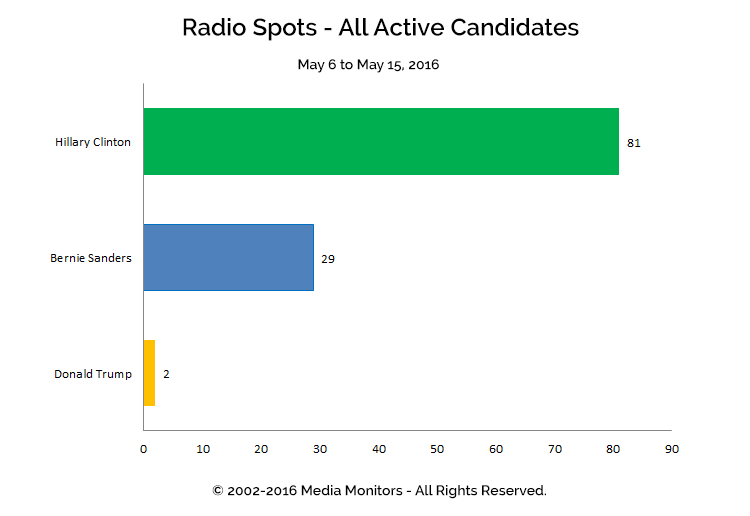 One might find this rather unbelievable, but it just might be that we’ve reached such a media frenzy with this election that some might not think they have to advertise on radio or TV for now.

With the media saturation on the Republican presumptive nominee and constant updates on what the two Democratic candidates have said about each other, radio campaigns seem to have become an afterthought.

Donald Trump, who is on TV constantly and the subject of every radio talk show, ran 2 spots.

Another sign that the air is out of the Dump Trump advocates, there were no “Against” negative ads run in the last 10 days.