White Plains, NY (May 23, 2016) – Media Monitors, the leader in local media monitoring, released its update on the primary election and the spots that both parties have been running on radio in 82 major markets across America from May 13 to May 22, 2016. 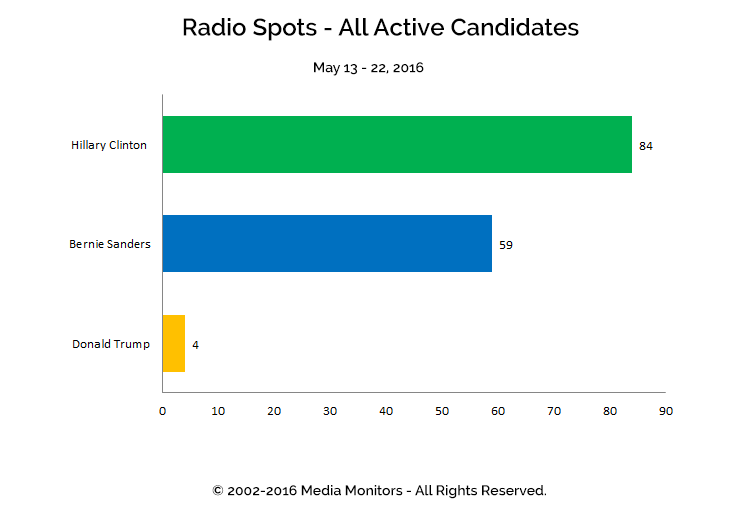 On the radio, Hillary Clinton For President ran the most spots in the last 10 days to the tune of 84 spots.