White Plains, NY (January 18, 2012) – Media Monitors released its study of radio spots that were run in South Carolina leading up to this Saturday’s Republican Primary election. The research shows that the use of radio by candidates didn’t come close to the penetration by the super PACs with their messages.

For the candidates, the study collected the monitored data from Charleston, Columbia and Greenville-Spartanburg, South Carolina from January 1st to January 17th, 2012. Here are the results: 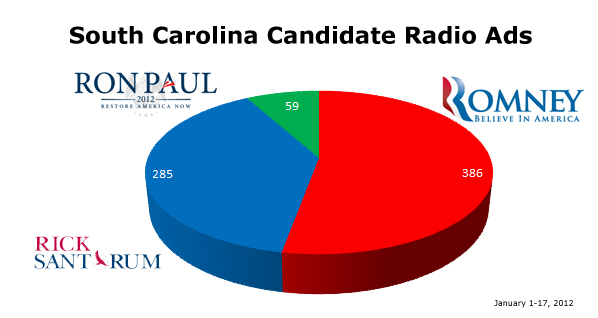 Mitt Romney led with 386 spots in the first 17 days of this year, while Rick Santorum was #2 with 285 ads. Ron Paul ran only 59 radio ads in the period of this survey.

But with this election, we are seeing the impact of Super PACs on the campaigns. Political Action Committees have been around for some time. Entities organized under section 527 of the tax code are considered “political organizations,” defined generally as a party, committee or association that is organized and operated primarily for the purpose of influencing the selection, nomination or appointment of any individual to any federal, state or local public office, or office in a political organization.

A Super PAC is a Political Action Committee (PAC), which is any group that receives more than $1,000 to advocate for an election. But a Super PAC is a special kind of PAC that developed out of a January 2010 Supreme Court decision.

The ruling made it possible for individuals, corporations and other organizations to give unlimited amounts of money to these new Super PACs that will, in turn, work on behalf of the specific candidate that the PAC supports.

A Super PAC can directly attack a political candidate. The only caveat is that a “Super PAC” is not allowed to coordinate directly with candidates or political parties. This is how the Super PACs had a major impact in South Carolina: 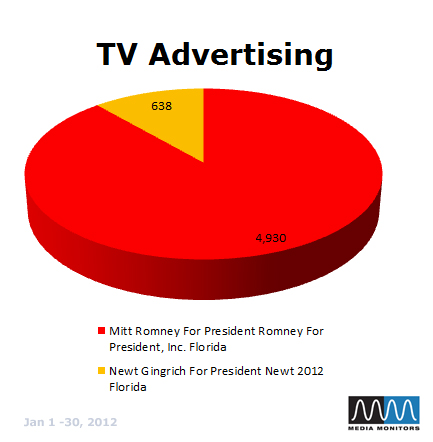 Media Monitors tracks all Political Advertising and classifies each spot beyond the name of the sponsor or buyer. With Super PACs the intent of the message is reflected in the database.

For example, advertising that helps Mitt Romney would be those ads run by Restore Our Future and that total would be 642 ads that would go along with (statistically) the 386 that the Romney campaign ran totaling 1,028 during the last 17 days.

If one totals the Winning Our Future ads to determine the positive impact for the Newt Gingrich campaign that would be 1,371 spots, which included 607 spots promoting Gingrich and 764 spots being negative toward Mitt Romney. The important fact here is that the Gingrich campaign ran no spots on radio itself.

The Red, White and Blue Fund, the super PAC supporting former Pennsylvania Senator Rick Santorum’s bid for president bought no radio in South Carolina so far. The Election is Saturday.

NumbersUSA Action opposes efforts by the federal government to use immigration policy to force mass U.S. population growth and to depress wages of vulnerable workers. They are against more people becoming legal immigrants.