White Plains, NY (March 31, 2014) – With all the press that the new Taco Bell campaign is getting, we thought it would be illuminating if we ran a special Competitive Face-Off between Taco Bell and McDonald’s. The study was for spots on Local Cable, Local Radio and Broadcast TV tracked by Media Monitors for the time-frame of March 24 to 30, 2014. 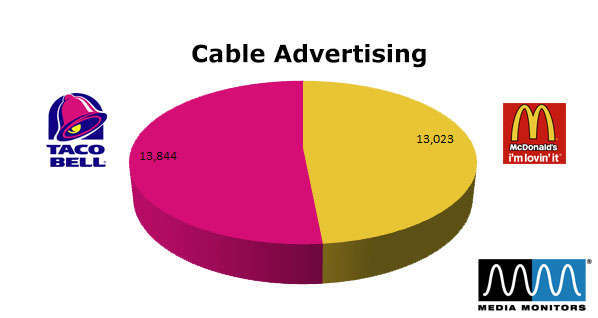 On Local Cable, both companies are running neck and neck with Taco Bell running 13,844 ads in the last week, compared to McDonald’s with 13,023 spots. 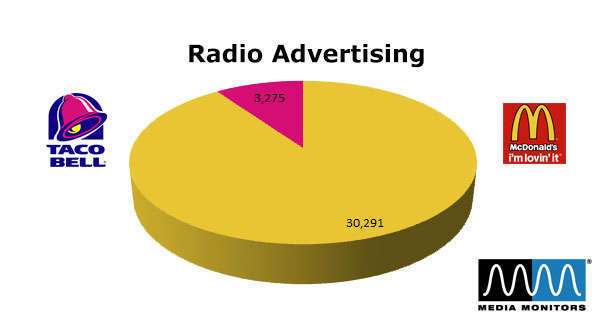 On the radio, McDonald’s is dominating with 30,291 spots last week, while Taco Bell ran only 3,275 spots in the same date range. 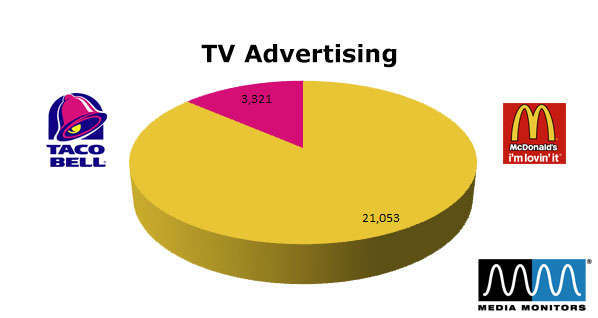