Still No Trump Campaign on TV?

White Plains, NY (August 15, 2016) – Media Monitors, the leader in local media monitoring, released its update on the primary election and the spots that both parties have been running on TV in sixty-one top DMAs (Designated Market Area) in the last ten days – August 5 – 14, 2016. 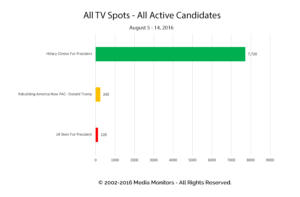 On the negative side of the picture: 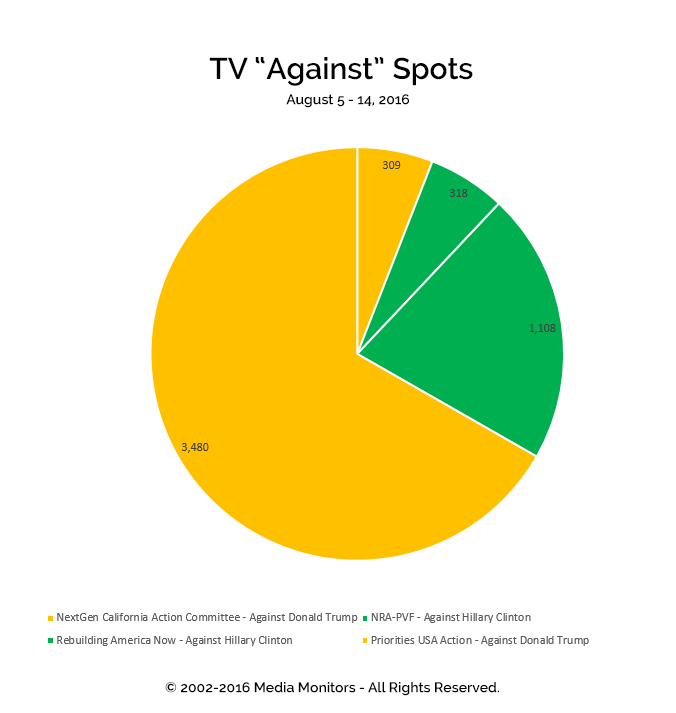 The NextGen California Action Committee bought 309 spots urging young voters to register and not to vote for Donald Trump.