The Tale of Two Cities

White Plains, NY (February 2, 2012) – Media Monitors took a look at an event through the use of Arbitron’s PPM™ data and Media Monitors Audience Reaction® feature. The day in Baltimore and Boston was January 22, 2012.

Two powerhouse AFC teams, the New England Patriots and the Baltimore Ravens played a football game to see which team would advance to the Super Bowl®.

By using Audience Reaction, we can now see the moment in the game that changed the outcome. At 6:10 PM, the Baltimore Raven’s field goal kicker, Billy Cundiff kicked what would have surely helped the Ravens advance to the Big Game. The kick went wide left. The Patriots won the game. 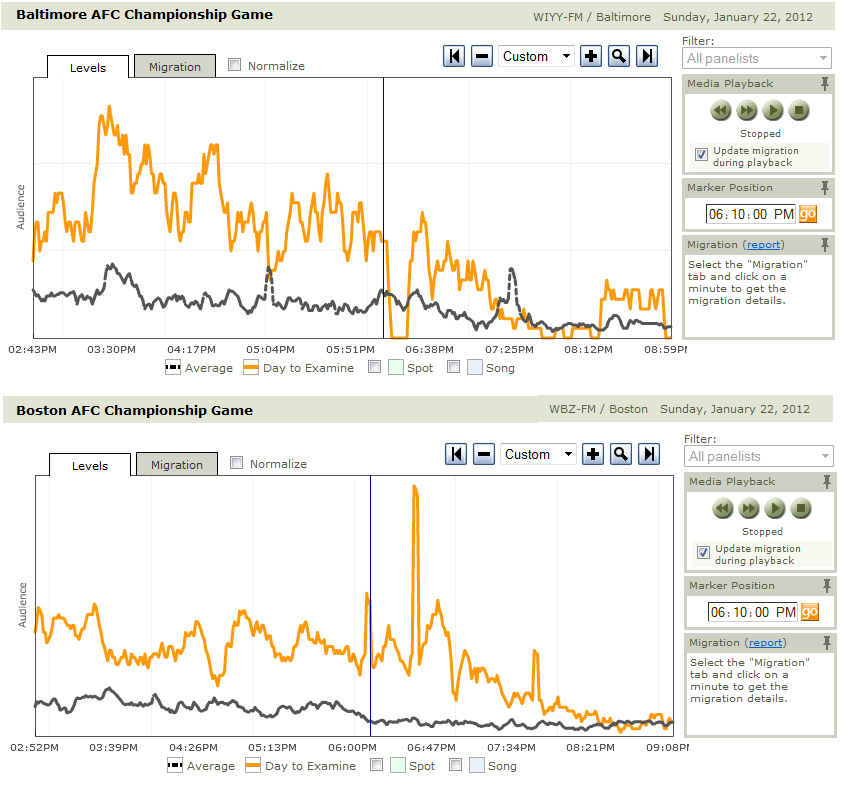 As you can see, the immediate drop-off of listeners right after the kick was missed. The good news for WIYY was the immediate return to a sizable audience after they got over the shock. This proves they listened on the way home from their football parties.

For the New England Patriots, the stadium is not in Boston proper, but in Foxboro. Listening on the way home exceeds the high point during the game. Even with the slight drop-off right after the game, the spike during the post-game show is significant for WBZ-FM. Winning helps ratings.