White Plains, NY (October 10, 2016) – Media Monitors, the leader in local media monitoring, released its update on the Presidential election and the spots that both parties have been running on TV in sixty-one top DMAs (Designated Market Area) in the last ten days – September 30 to October 9, 2016. 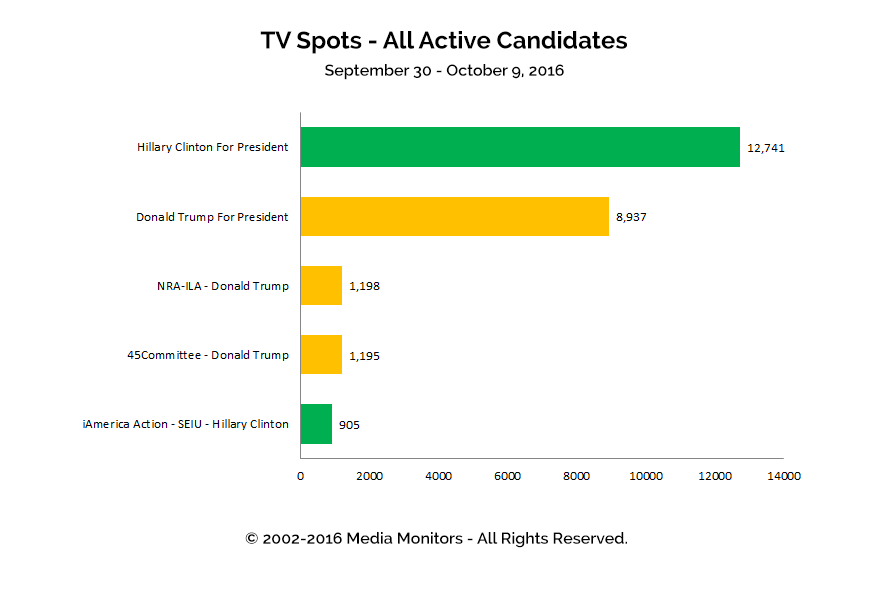 A new Super PAC in this report was 45Committee which ran 1,195 spots for Donald Trump. This is a Super PAC out of Herndon, VA.

And the iAmerica, an organization that helps immigrants obtain U.S. citizenship and facilitates voter registration, and the SEIU (Service Employees International Union) partnered to run 905 spots for Hillary Clinton. 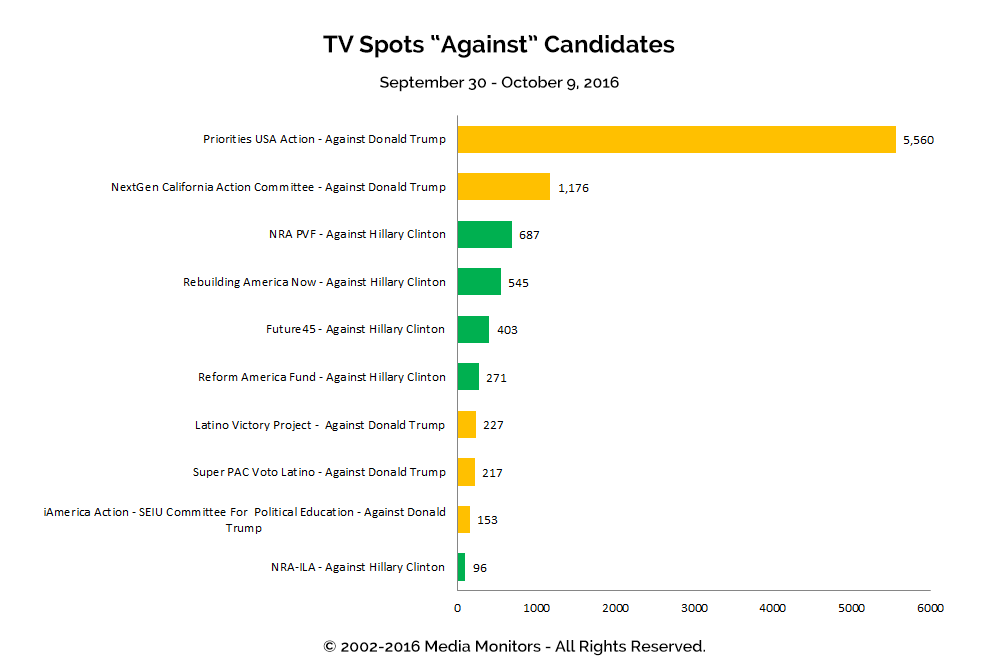 The list of “Against” contributors in our report is growing longer as we get closer to the election. In the last ten days, we have nine different groups, with the NRA appearing twice, going negative on candidates.

First, the Super PAC, Priorities USA Action, a known Clinton supporter, ran the most with 5,560 spots against Donald Trump.

The NextGen California Committee bought 1,176 ads against Donald Trump, up from 643 spots in our last report.

The National Rifle Association’s Political Victory Fund aired 687 spots against Hillary Clinton, down from their 1,699 spots in the last report.

The Future45, which received funds from 45Committee mentioned earlier in this report, bought 403 spots against Hillary Clinton.

And finally, the National Rifle Association’s Institute for Legislative Action bought 96 spots with a negative message toward Hillary Clinton.