White Plains, NY (October 17, 2016) – Media Monitors, the leader in local media monitoring, released its update on the Presidential election and the spots that both parties have been running on radio in 85 major markets across America from October 7 – 16, 2016. 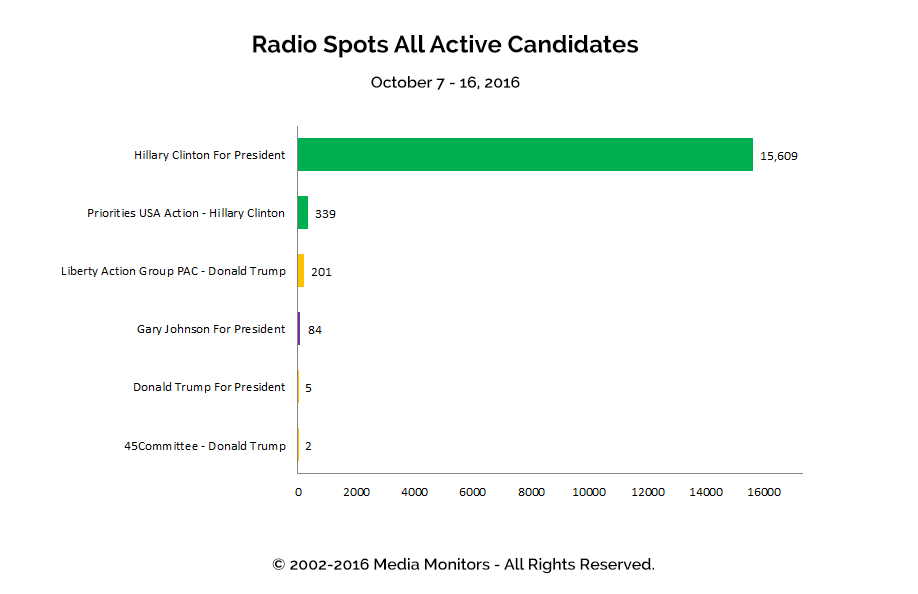 The Super PAC Priorities USA Action added 339 spots asking for people to vote for Hillary Clinton. That means the total spots for Clinton was 15,948 ads.

Donald Trump’s campaign only ran 5 spots on the radio.

The Super PAC 45Committee added 2 spots for Donald Trump bringing the total number of spots aired for Trump in the last ten days to 208 spots. 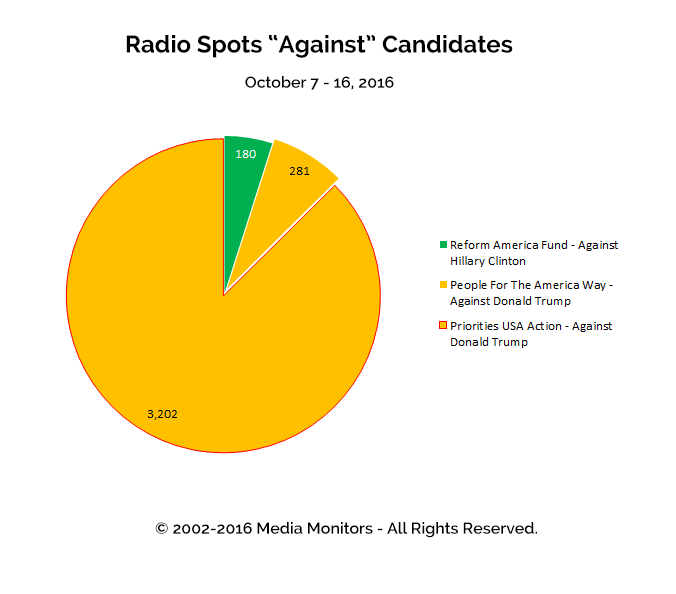 In the last ten days, there have been 3,202 spots run against Donald Trump by the Super PAC Priorities USA Action, a known supporter of Hillary Clinton.

The Super PAC People For The American Way aired 281 spots against Donald Trump, bringing the total spots against Trump to 3,483 spots.