White Plains, NY (July 25, 2016) – Media Monitors, the leader in local media monitoring, released its update on the primary election and the spots that both parties have been running on radio in 85 major markets across America from July 15 – 24, 2016. 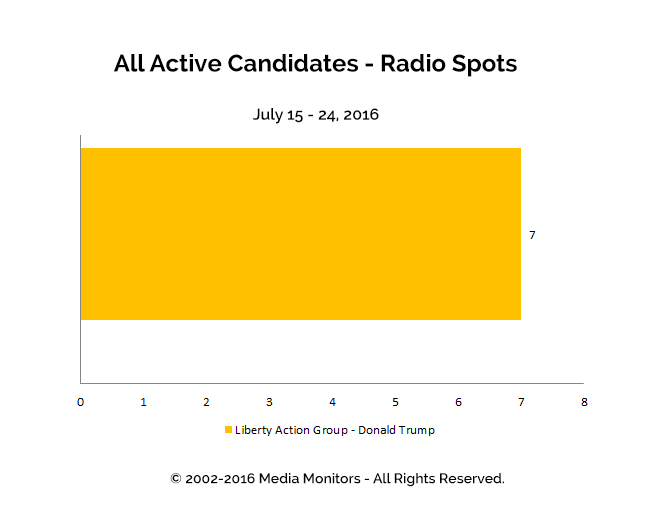 In the last 10 days, there were only 7 spots run in the cities of Baltimore, Hartford, Dayton and Jacksonville by the Super PAC Liberty Action Group which asked for money to help Donald Trump defeat Hillary Clinton.

This limited campaign appears to be more of a test market buy, rather than a full roll out. According to OpenSecrets.org and the latest reporting, this Super PAC has only spent $90,000 to date.