Trump Wins All Against Spots

White Plains, NY (June 7, 2016) – Media Monitors, the leader in local media monitoring, released its update on the primary election and the spots that both parties have been running on TV in sixty top DMAs (Designated Market Area) in the last ten days – May 27 to June 5, 2016. 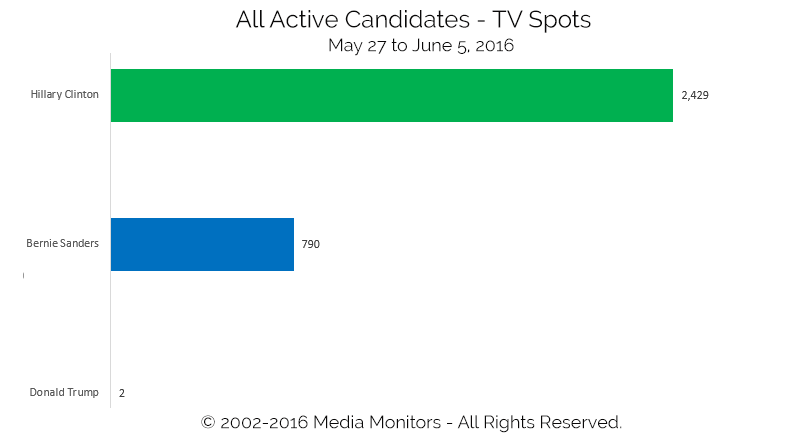 In the last ten days, Hillary Clinton For President has certainly poured on the TV advertising with 2,429 spots aired.

In the last ten days, all the negative or as we call them “against” spots were run about Donald Trump. 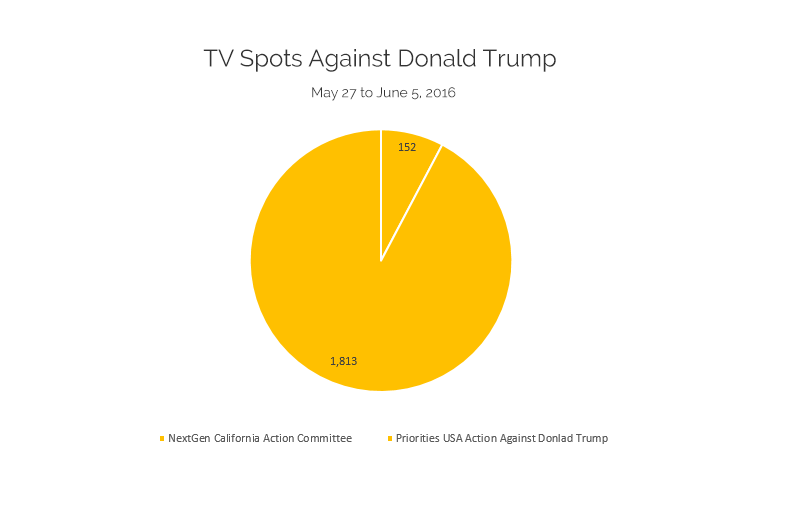