White Plains, NY (August 22, 2016) – Media Monitors, the leader in local media monitoring, released its update on the primary election and the spots that both parties have been running on radio in 85 major markets across America from August 12 – 21, 2016. 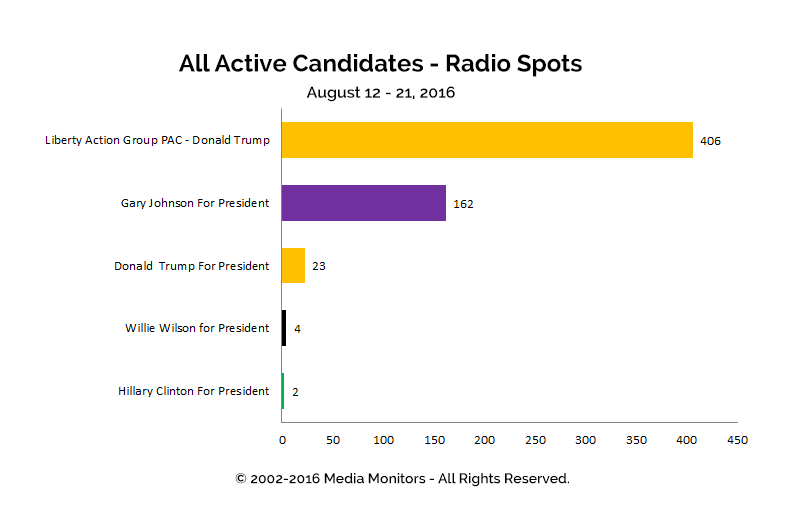 With the leadership shift at the Trump campaign we are starting to see the campaign spending money on radio. Here is the way the last ten days looked:

Next, was Gary Johnson For President airing 162 spots. His campaign, while being a third party (Libertarian), has the best chance at picking up some of the dissatisfied voters who say they don’t like either of the two major party candidates.

Coming in third in number of spots was the Donald Trump campaign that finally bought 23 spots on the radio.

Willie Wilson For President ran 4 spots for their candidate.

And the Hillary Clinton campaign placed only 2 spots in the last ten days. 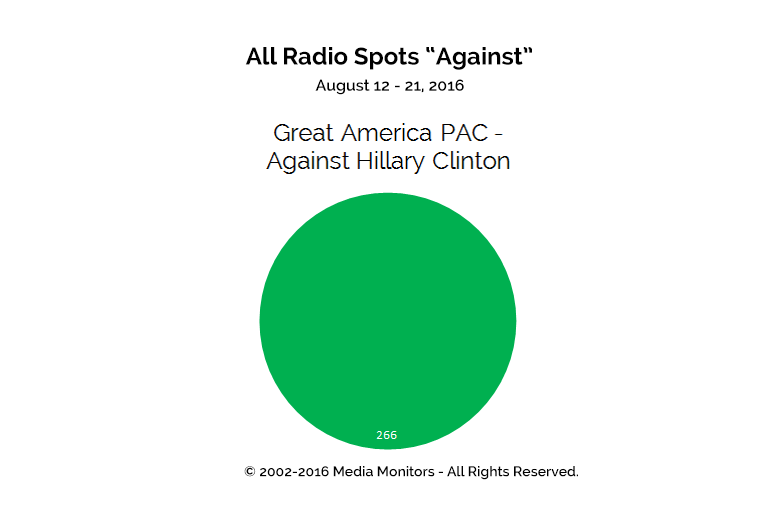 The Great America PAC ran 266 spots against Hillary Clinton last week. This PAC is a known supporter of Donald Trump.