White Plains, NY (May 17, 2016) – Media Monitors, the leader in local media monitoring, released its update on the primary election and the spots that both parties have been running on TV in sixty top DMAs (Designated Market Area) in the last ten days – May 6 to May 15, 2016. 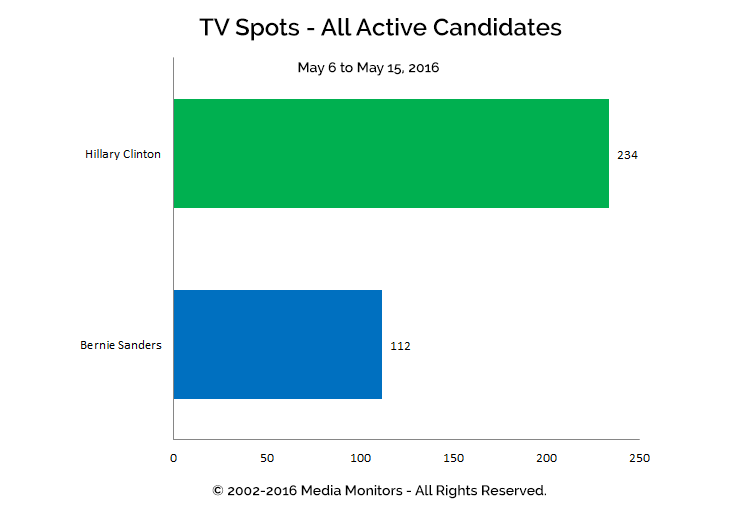 In the last ten days, Donald Trump was on TV more than another other candidate for President, without spending a cent.

Along with the lack of Trump spots in this report, there was one other noticeable reality; the Stop Trump group is gone. There were no negative spots “against” any candidates purchased by any of the organizations or Super PACs.