White Plains, NY (September 6, 2016) – Media Monitors, the leader in local media monitoring, released its update on the primary election and the spots that both parties have been running on TV in sixty-one top DMAs (Designated Market Area) in the last ten days – August 26 – September 4, 2016. 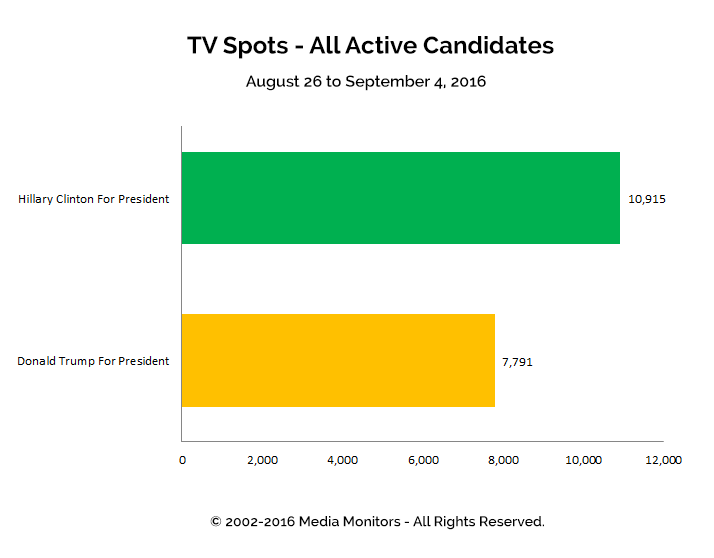 Donald Trump for President aired 7,791 spots in the markets we studied. 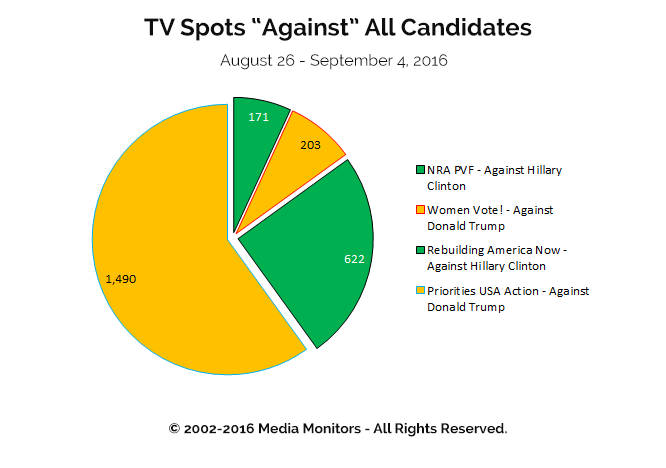 On the negative side of the equation, more “against” appeared in the last ten days.

A new entry into the battle is Women Vote!, a women’s abortion rights organization that received funds from Priorities USA Action and large donors such as Michael Bloomberg. They aired 203 spots against Donald Trump.

And one that has appeared in most of our reports, the National Rifle Association’s Political Victory Fund bought 171 spots against Hillary Clinton.