What Happens in Vegas, Affects America

White Plains, NY (February 3, 2012) – Media Monitors released its study of radio spots that were run in Las Vegas leading up to Saturday’s Republican Caucuses in Nevada. Media Monitors captured data in Las Vegas for Radio, TV and Local Cable from the candidate’s campaign and the Super PACs that ran spot schedules. 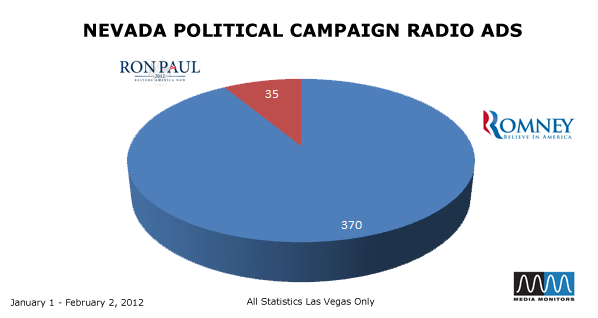 From the campaign coffers we see that only Ron Paul and Mitt Romney have run spots on Radio during the period. Ron Paul cleared 35 spots, while Mitt Romney ran 370 spots. 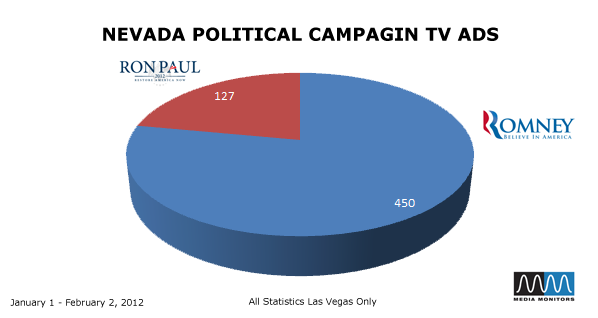 On TV, the Romney campaign ran 450 ads, while Ron Paul ran 127 spots. Newt Gingrich and Rick Santorum did not run any spots this year, as of February 2, 2012. 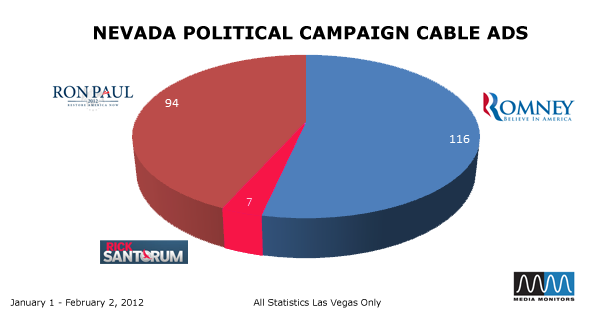 Now the fun begins. According to ProPublica.org the total amount of money that has been put into the political Super PACs is $68,405,064 through December 31, 2011. We don’t know how much has been added this year. On radio, the focus is only on the candidates.

The Super PAC Restore Our Future ran 104 anti-Newt ads between January 1 and February 2, 2012. The other force in this primary season is Winning Our Future, which to date has been Pro-Gingrich. They ran 203 Pro-Newt Gingrich ads and 62 anti-Mitt commercials. 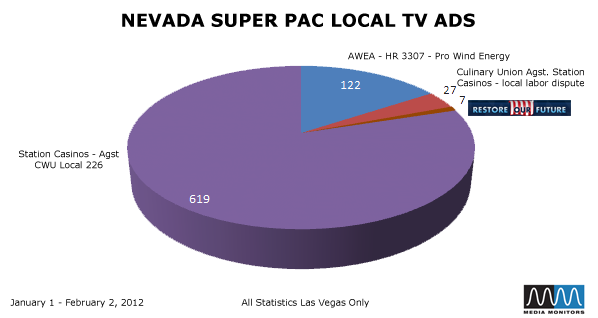 On TV, the field gets crowded with issue oriented campaigns. There is an on-going dispute between the Station Casino group and the local Culinary Union 226. The casino ran 619 spots against the union’s position, while the union ran 27 counter argument spots. The AWEA, a pro-wind energy group is pushing support of HR 3307 – American Renewable Energy Production Tax Credit Extension Act of 2011 ran 122 spots. Now we get to the primary, Restore Our Future ran 7 anti-Newt ads. 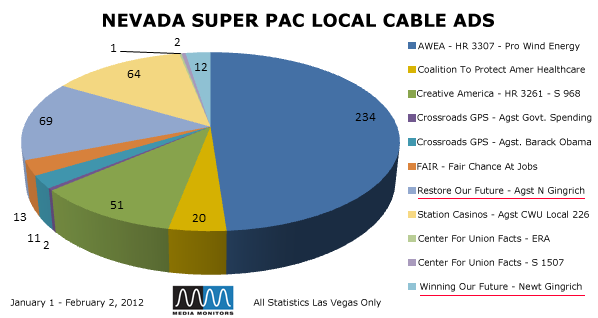 This is what will happen in many cities this year with the Supreme Court ruling allowing Super PACs to advertise their views on any issue. Rather than to detail each cause, we will focus on two schedules that involve candidates. Restore Our Future ran 69 spots against Newt Gingrich, while Winning Our Future ran 12 spots for Newt Gingrich.

We once again, combined the spots that were run by the campaigns with the spots run by Super PACs that have committed to a candidate. Here is the impact of all spots run from January 1 to February 2, 2012 in Las Vegas: 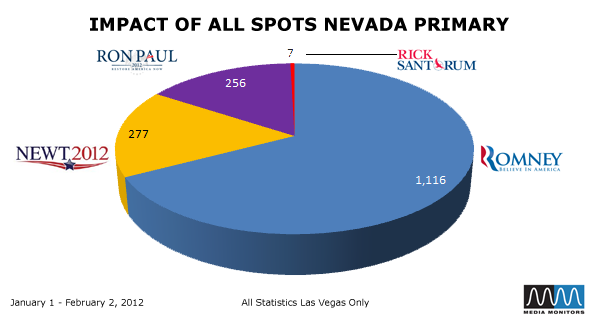 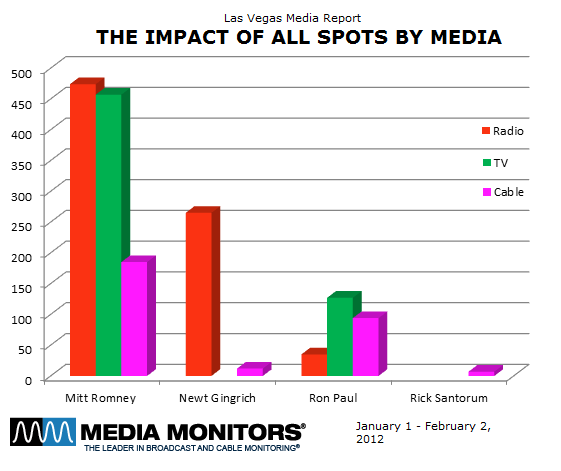